I Can Hear the Laughs 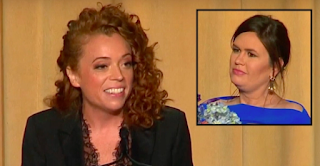 Well, I finally saw the entire video of Michelle Wolf's performance at the White House Correspondence Dinner.   She could have done way better..............whomever she is / was.

Yes, the GOP and apparently whomever the correspondence folks report up to are not happy with Wolf's performance, but I guess as she said herself during her opening, "you should have done more research on me before you got me to do this."

Wolf had funny moments, for sure (she takes down Ivanka well) and wasted ones too - Conway and Sanders come immediately to mind. There was a lot of missed opportunity and almost every cut-away to the audience didn't have them laughing or during the call / response thing never showed anyone actually participating (though you could hear others wherever the camera wasn't).

Wolf's real problem wasn't her routine, but somethings missing from it.

While it would have been didactic to bring that up - 6 or 7 times - it was needed.

93% in attendance needed to hear this - as they are reporters being talked down to, and being taken out of commission by said administration. And for the Sanders and Conways siting in the audience, they need to be reminded publicly  - even if it is just C-SPAN - that the press and the first amendment matter.  And it needed to be heard by the BLOTUS supporters too. 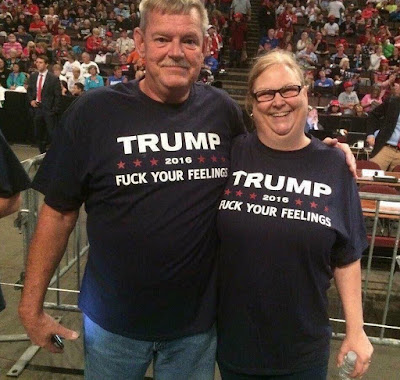 Yes - these are the types of snowflakes who have their XXL panties in a great big wad right about now, talking about how crude, rude and downright mean Wolf was.

Not only do they not get the irony. They don't get "it" - period.

not a single working brain cell between those two. probably live in a double-wide and barely graduated high school.