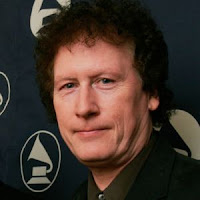 You get a second music selection this week.

I know you don't know him - or probably don't - but Randy Scruggs died last week at the ripe "old" age of 64.

Randy was one of the sons of Earl, who was a virtuoso in banjo and very big in the country music scene - and might know him from his "Foggy Mountain Breakdown".

Randy followed in his father's footsteps, but with guitar - working with just about anyone who anyone in country music, whether as a producer, songwriter or guitarist.

The man was fun to listen to play. He had an ear for music.

In 1998 he produced and co-wrote and album (Crown of Jewels) for other artists, including Iris DeMent, Emmylou Harris, Vince Gill, Trisha Yearwood, John Prine and Joan Osborne. Two others on the disk were Mary Chapin Carpenter (with a song I feature back in 2015) and today's selection,  "My Secret Life" which is from Rosanne Cash (who will tell you that Randy was her first adult crush).

I said it 20 years ago and I'll say it now:  both Carpenter and Cash could have benefited from Scruggs helming more than just one song. They'd have been wise to let him produce at least one full album. He brought out something in both of them that I had not seen before or since.

Alas, not that they took my sage advice, but now it's too late.

Song by: Randy Scruggs & Rosanne Cash
Posted by Blobby at 12:06 AM