You take two days off of work (last week) and you pay for it the entire week, just digging out from that crap along with whatever else they throw at you this one. But that's why I get paid the big bucks.

It is one of the reasons we love having Shep and Sophie. We are happy to overlook our problems to take care of them. 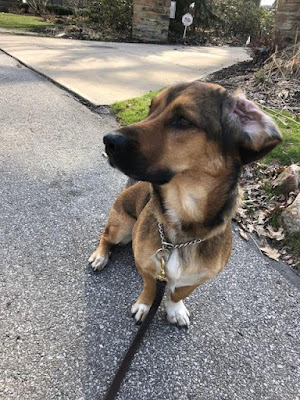 Shep on his walk. I made him sit to get a pic, but he refused to look at the camera. Typical. 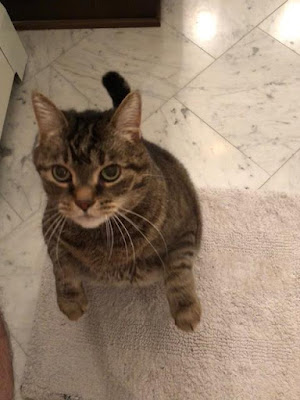 Sophie has not left me alone since leaving her for four days. I'm good with it. 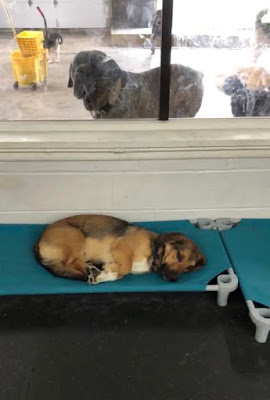 Shep at daycare while we were away.  96+ hours of daycare - in a row- wore the poor dog out.
He had to be tired to sleep in the middle of day care. 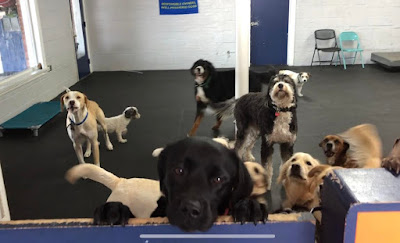 Picking up Shep last Sunday.
Every single one of these guys needed love. So I gave it to them! 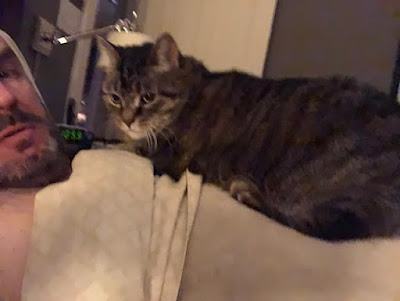 ....and this is just regular every day pick-up.
He cracks me up.  The dogs behind him don't know what to think.

Song by: Deborah Harry
Posted by Blobby at 12:07 AM

Really tugs at the heart to see animals wanting love and appreciation - most especially pack animals like dogs who crave someone to love, trust and look up to. Refusing any animal something so easy to give hurts both them and the one withholding it.

I keep coming back to Shep jumping. This cheers me up so very much!

He's a most happy fella to see his daddy!

How fortunate you are to have two loving and dear pets.