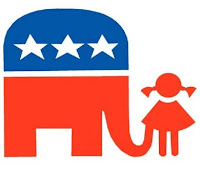 Who would have thunk that fucking Alabama would truly test how low we as a country might sink in terms of politics.

While I clearly have an issue with BLOTUS, my fear when he was elected that it would open up the gates of his actions becoming acceptable behaviour and he has not proven me wrong.

And while there are many many many reprehensible politicians before and since that election, the Alabama senate race might be the tipping point on making totally unacceptable behaviour acceptable.

When / If that happens, we as a society are doomed.

I mean, look at this and tell me I'm wrong: 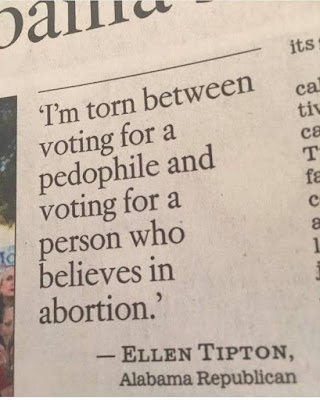 This "works" on multiple levels.  Ms. Tipton knows / thinks that Ray Moore is a pedophile, yet struggles whether to not (repeat: NOT) vote for him due to his stance on right to life.

So, Ellen - may I call you Ellen? - it is safe to say you care more about rights of the unborn then children who are alive? Because, I'm 99.78% sure that is what you just stated. See Ellen, I don't want you just insinuate it in your sound byte.......I want....nay, need.....you to state it out loud. I want to hear your words. I want YOU to hear your words.

But Alabama voters, you cannot pretend to be outraged by the likes of Al Franken and Anthony Weiner if you push the lever for Roy Moore. You no longer get that right.  I know you think you do - and will still act on it, as you think "Judge" Moore is a man of g-d. He's not.

You will do what you'll do regardless of logic or consequence. You proved that in November 2016. Fuck - in Alabama you've proven that over and over and over. ....which is why I suppose you live in Alabama.

Don't get me wrong. Should you not elect Roy Moore, I hold you in the same regard as before, except you Ellen, as you will always be ultra-despicable to me. No, the folks of Alabama have let this man get this far in this election - and in life. You are all reprehensible too.

Should Roy Moore not be elected, I won't necessarily say I have hope. But maybe, just maybe, there is a glimmer of positive energy that still exists in this country.


Oh.....and this totally nails the entire thing on the head: 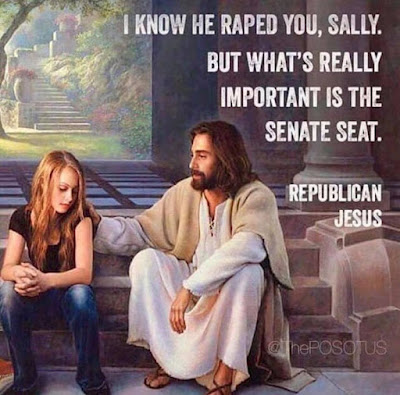 Song by: Big Audio Dynamite
Posted by Blobby at 12:05 AM

The collective British mouth hangs open in incredulity as this plays out. It's high on the news priority list here too. If the God(-awful)man pulls it off, as seems likely, we'll all be getting lockjaw!

I am holding my breath today.
as for ellen, FUCK YOU (bless your heart)!

Of course he's anti-abortion, more prey for him!