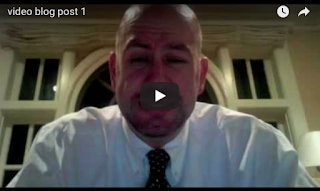 It's pushing 22:00, Dangerously close to publishing time and nothing for which to show.

Truth be told, I've been tired. I usually operate on very little sleep and do ok. I'm up before 05:00 and in bed close to 23:00. I am my parent's child.  710 on the other hand can fall asleep anywhere at anytime. I can fall asleep too, but just don't.

Anyhoo....Friday night I was nodding off around 19:30. I still made it to bed two hours later. ...and then up before 05:00. Still, yesterday I dragged, and ended up almost taking a nap in the morning and a big-time one in the afternoon. I woke up and it was dark out. Sure, it was only a little after 17:00, but still dark.

Oh, and I woke to snow on the ground....and it hadn't been snowing before, so we're on our way to the first true snow of the season. My plan to put snow stakes in yesterday did not happen.

A few other things didn't happen this week:

One was no vlog. I try to do one for each 365 I do of blogging. Out of the 14+ years, I've just completed 9 in a row of a post per day. Yes, it can be draining.  And while I didn't watch it, I had to go back to see when I started that 'goal'. It started in December 2007 and did the first vlog the following year.  As you'll see, it wasn't an overt goal until I was a few months away from realizing what I was nearing.

The other thing I didn't do, was get a cortisone shot for my shoulder.  Physical Therapy is working, to a degree. The follow- up with my ortho guy came down to getting one on Friday or holding off until next year.

Being the savvy medical consumer, I said I had four more PT sessions in the next three weeks. If we feel it is only beneficially helping, then I would get one on Dec 29th.  Why wait until next year when my deductible is already paid for 2017.  I'm no fool.    Well...............not always.

So I had not planned post for you, so this is what you get.

spouse gets a shot for his bum hips on 12/29. unfortunately, our benefit year ended on 11/30, and he had to pick a new carrier. I've already encountered a problem with the new insurance plan; fucking sux.

I did the same thing with my back and my knees. My deductibles were all paid so I had my back operation and it cost nearly nothing. My knees were done a year later when my deductibles were all paid and that's $15K per knee. Paid NOTHING for the total replacements! It was free. My husband has great insurance for us.
You should write down your talking points in large letters so you can just glance down and see what's next to talk about on your vlog.

Unfortunately I can’t get the video blog to play. Anywhoo, yes wait as long as you can for the cortisone. I’ve already had my three over 18 months and my surgery, as of last Friday, got moved up to 12/18. Yup this time next week I will be in the prep area getting ready for the second shoulder to go under the knife.

I hope you slept well.