Another year - some of it captured in images.  Some are just regular everyday pics of what happened in 2017.  Some are my Instagram pics, which normally don't show up here on this blog.

Actually, I'm not sure any of the following pics showed up here. Maybe similar pics, but not exact ones. Some months will have more than others, and since you get so much Shep, I'll try to limit his exposure.

2017 was a decent year. Some travel, lots of outdoor time (i.e. Shep trips), friends. I'm chalking this year up in the win category - except for my fall, occupation and physical therapy. 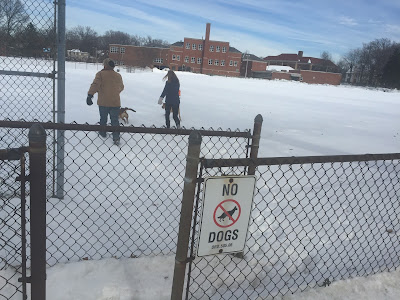 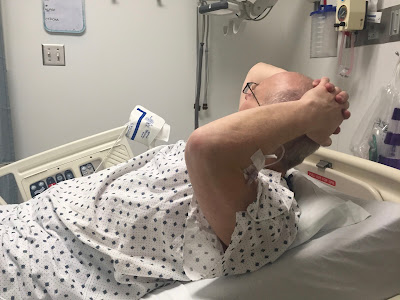 We ( mostly 710) had an 'event'. Everything came back good, so I never blogged about it. 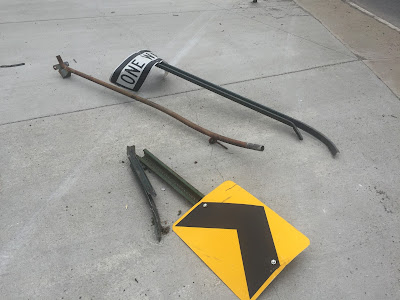 These weren't actually on that ceee-ment island on the street next to us. These signs ended up in our yard. I just took them over and placed for the city to do something. 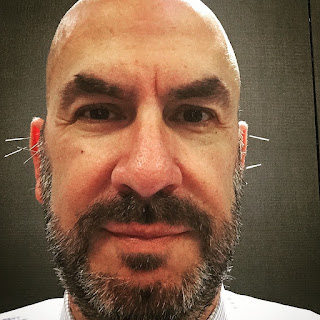 I think I achieved some placebo effect, but overall, no relief for feet, shoulder or elbow.

Remember when I said seeing a musical about make-up (or seeing Madonna) were the gayest things I've ever done?  Scratch that.  When coming into NYC, 710 made me take a slight detour and took me past one of the few places still left where they shot West Side Story. 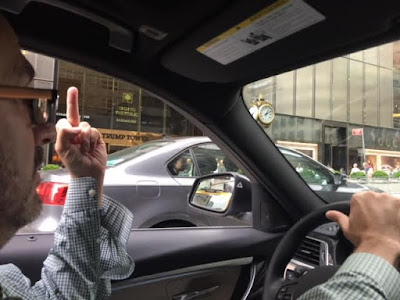 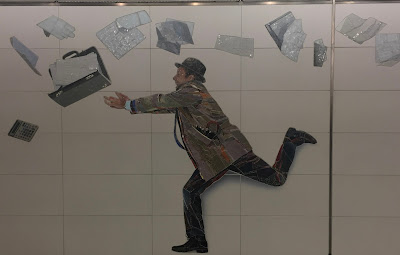 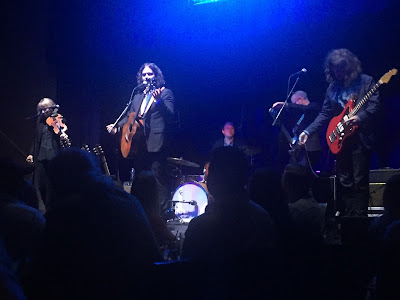 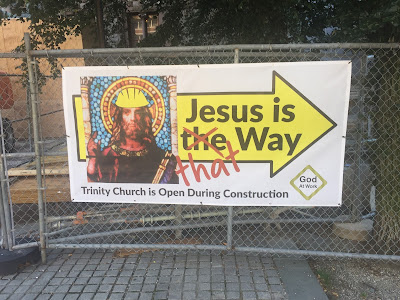 I never did find the guy. 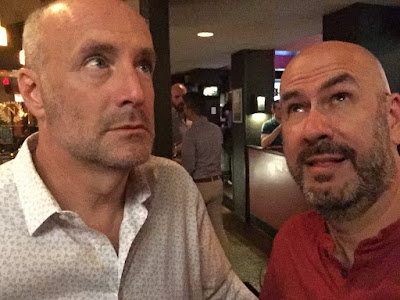 Successfully looking disinterested in each other. 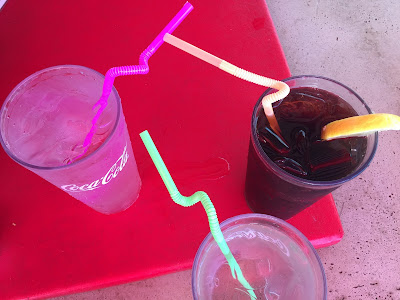 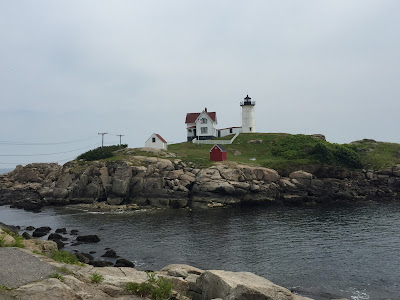 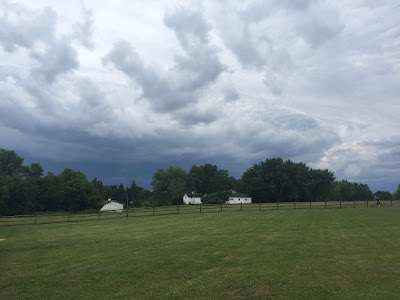 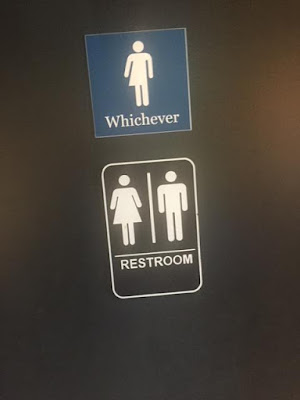 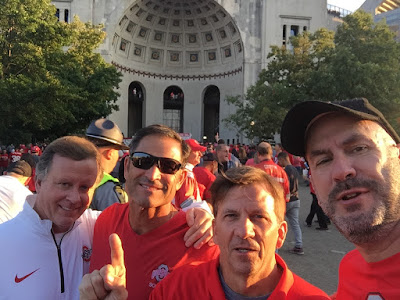 ....and I went with a number of fraternity brothers (Tim, Jeff & Dan). I had not seen these three for 30 years. 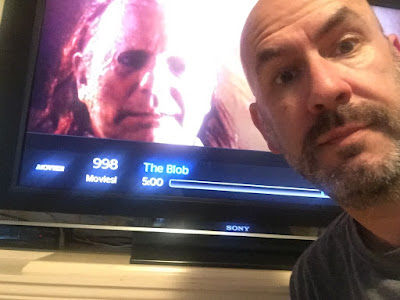 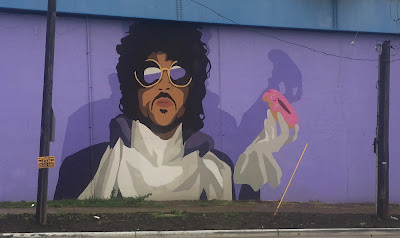 Went to go take a pic of another piece of public art and came across this. Personally, the doughnut makes the entire thing. 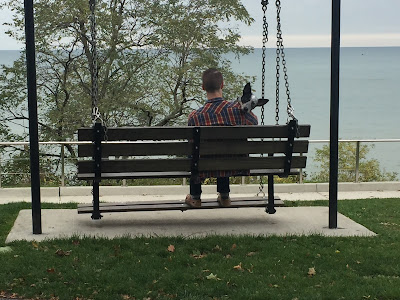 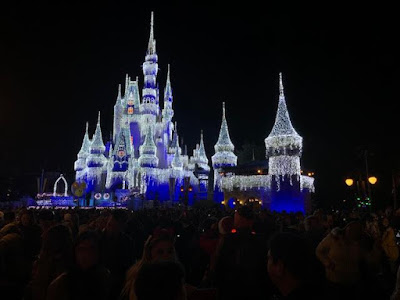 December 2017 - Cinderella's Castle (or is it Sleeping Beauty?) at night which became the Frozen Castle. 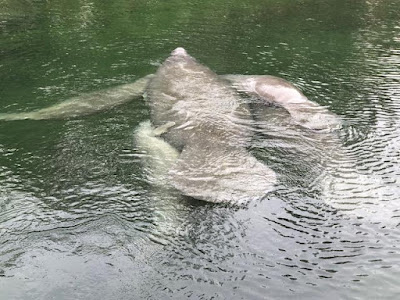 December 2017 - Mom Manatee and her pups 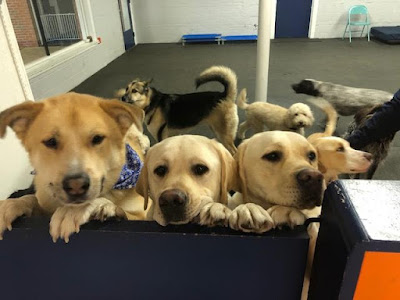 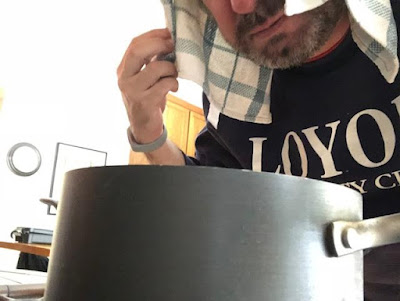 Trying to get any kind of moisture into me, as the throat starts really feeling raw. I really hope it doesn't go into full blow cold.

I hope your 2017 was good or that you had really good part on which you can reflect and get joy out of.  Here's hoping for a good 2018 for all of us.

west side story - WOW! thanks for sharing that one!

A very Happy New Year, B. - not forgetting the 'other half' - and the two little 'uns, naturally. I'm sure you'll keep us visually inspired and lifted by your postings throughout 2018, which will help us to hang on to sanity even if there's as much turmoil as there was in the year just going out. (Please don't let it be even worse!)