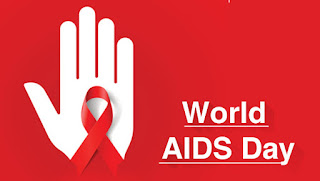 It's a double-edged sword, of course, but the smugness and self-righteousness that IS Bono possibly does good.

I'm not a fan of his (red) campaigns, but allegedly they make money for AID and HIV related organizations - be it education, medical care or support programs. Again, allegedly, it's pulled in $130MM over the last 15 years.

That is kind of amazing once you realize you've never ever ever bought a (red) product and you don't know anyone who has.  Admit it - you do not.

I also said "possibly" because like the Susan G. Koman Foundation, and Lance Armstrong's Livestrong, more money found the way into its Board's pockets than found its way into any research or health initiatives.

It's all blatant self-promotion under the guise of helping others.

....which is why I cringe at the release of U2's new album, out today - World AIDS Day.

I get the tie-in. I do. But that the band does it on the backs of decades of sick and dying folks is more than a little creepy.

However, if they were giving all proceeds to these medical and support agencies, I'd be less out of sorts.  Probably.

It's not just an album they're selling though, unlike last time when they couldn't give it away. Well, they did give it away and then Apple users started complaining that the forcibly gave it away.

No - no doubt the album will spawn a tour, and that is where the dough resides. Their second to last tour grossed $736MM gross. This last year's trek for the Joshua Tree anniversary got them another $317MM.

How much of just those two tours receipts went into fund for African AIDS programs?

Still. Another U2 album and AIDS.  Now there are two tragedies on December 1st.

You are so right. I have not seen anything of a red product, ever. I heard U2 was raising money but never heard of where the money went to, except their pockets. SGKF and LAL are scams just like the Salvation Army. I know they do "some" good but in recent years I've wondered where does ALL the money go? It goes to the board members and the CEO of that specific charity.
They aren't like St Jude Hospitals or the American Cancer Society who use all the money for the kids and looking for researching cancer cures. It's sad when you have a bunch of people swindling the masses out of money in the name of charity.