The last Shep and Sophie post of 2017.  I think it's a good one. But I think most of them are. According to the stats of who reads what, so do you folks. 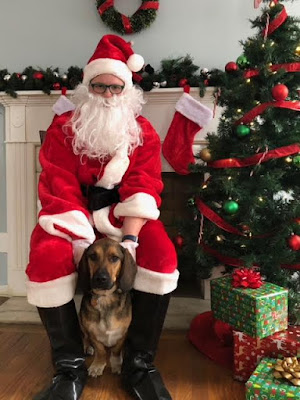 Santa is Amanda, our doggie day care provider and who boards Shep while we are away. She did this for all the dogs at daycare.  It's that extra step where we know we have the right place.

That said, I feel a little gypped not to take Shep to his first Santa pic. I got over it. 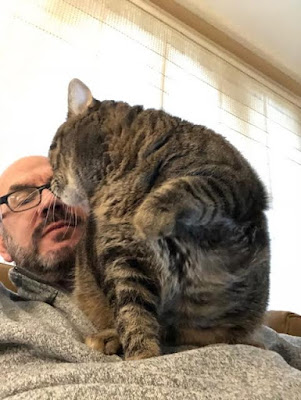 Sophie, upon our return from Florida.
It's a week later and she won't leave us alone. 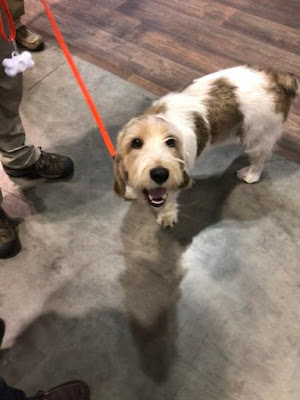 At a dog show in Florida, we ran into Grand Basset Griffon Vendéen.
The owner was quite snooty about how they have NO basset hound in them. Still the pup was way way way cute. 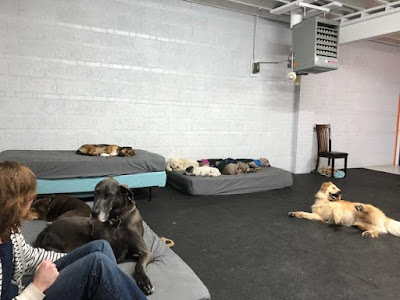 Who knew that doggie day care had nap time like kindergarten.

I like how Shep was  independent to sleep alone. But then I worried he might have been the cheese to stand alone and all the other pops ostracized him. 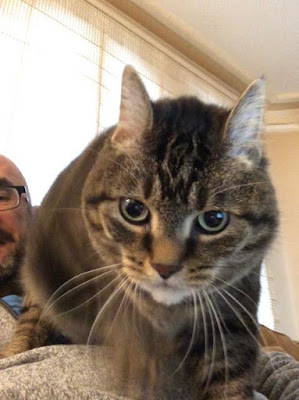 One more of Soph making biscuits. 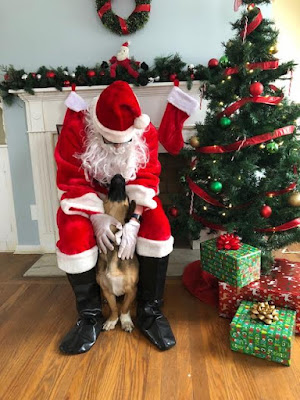 Actually, it's such a Petey move.

I've come to rely on getting my regular w/e 'lift' here - and today's post provides it handsomely. Lovely all!

YAYZ for furkid pix! esp. sophie, but then again I'm biased. I like that last pix of shep. eartha kitt - purrrrrrrrrr!

Happy Holidays to your family of four!

Love the Santa pics, and again with Sophie's face! oy!

I know Santa will be good to Shep.
The boy deserves to be indulged.

oh but I love Sophie and Shep.