Where the White Boys Dance 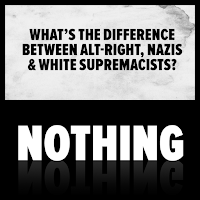 This man is like the gift that keeps on giving. ....and I don't mean drug-resistant syphilis.

I'd enjoy the latter more. While it might lead to a bad outcome, at least I might have enjoyed the fuck.

Clearly I was (and wasn't) way wrong regarding my post yesterday. I said I was surprised he actually amended his statements from Saturday and that I expected him to double-down.

Well, as we saw - and as Professor Chaos pointed out in a comment - he was back to showing his true colours (not quite like Cyndi Lauper).

Work was a bear yesterday, so I saw no news whatsoever. And I no longer play NPR on the way home, as I try to avoid that anymore too. Sorry Robert Siegel.

710 came in after his 40 minute commute, where he listened to news the entire way. So naturally, he came in riled. ....and disgusted. So I got a quick 30 second elevator discussion about the day's events (while I made spicy pork tacos, I might add!).

So this whole 'white nationalist' thing - no Jews or blacks (poor Sammy Davis Jr never had a chance!). Where is Jared and Ivanka in all of this?  I'm sure they think they can minimize these situations, but if they're truly the smart folks they say they are, they'd call it a day and leave with all the CEOs who are fleeing.  I said "IF".  No one is claiming either are Mensa members. Or could even spell Mensa. They're offensive to the Jews, almost more than their boss/dad.

Also, my comment on the new chief of staff?  Yeah, he has zero sway over his boss. This is a military man - one who thrives on order (in theory). With this kind of fuck-uppery (it's a word!), how long do you think he'll last?  Though this time of his own choosing. 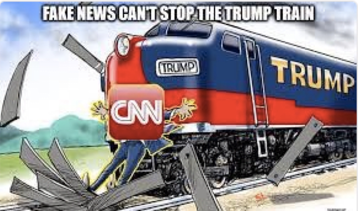 I'm sorry - the 'deleted' tweet. So deleted, I got someone's screen capture of it.


Thank g-d that Sarah Huckabee will say her boss never condones violence.  I'm waiting for the "he was joking......" spin. ....if it hasn't already happened.

So I had planned a Shopping with Blobby segment today........but the fucking SCROTUS got in the way....again.


710 think it is time for a march. Multiple and in multitudes. I agree.

Everyone was so quick to do the Women's March in January. I'm no community organizer, but I would TOTALLY go to this. No offense to the girls, but at this point we should be able to quadruple the numbers.   .....though I suspect lots of white nationalist protesters.