Making My Way Back Home 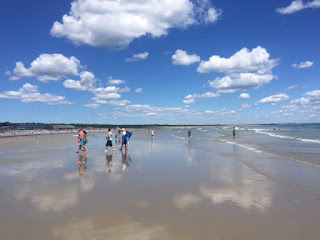 As you probably picked-up by might not to mysterious blog entries, that 710 and I were on vacation. Our first full week away since our Outer Banks vaca last year.

Good thing we didn't go back there - with that massive power outage and evacuation due to said outage.

This year it was back to Maine. Our last trip didn't seem that long ago, but when I thought about it - it's been a little over four years. And this year, we didn't drag along Becky or Georty. Though they were missed.

I did parts of a new video, so we will see if it comes to anything within the next week. After that, the statute of limitations applies to vlog pieces. I'll have to get motivated or lose the opportunity.

We did spend time in Boston, which you saw with Magic Mike. That was fun. At least for me....and Rafael. 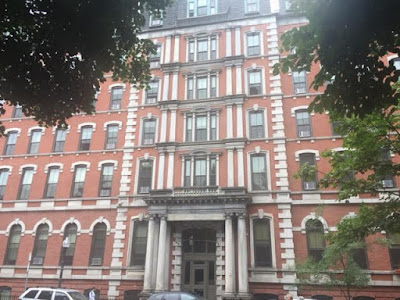 We saw the building where they shot the exteriors for St. Elsewhere.   Ooooooh. 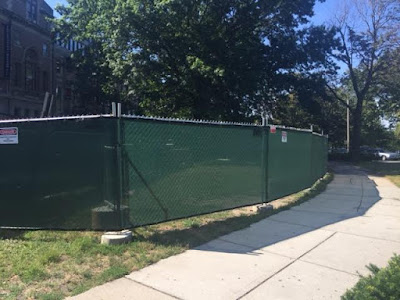 We went past Fenway. The Big Green Monster really wasn't that impressive.  I kid....I kid....we did go by Fenway. I've never been inside and didn't make it this time. The "joke" is that Cleveland was playing Boston right after we left.  The real "joke" was: we lost all three games.

But I wore my Indians cap and we got a lot of people who were Cleveland fans....mostly up at Harvard, where we rode our rented bikes.

Still it was about the beach. We had great - nay, perfect - weather. I think it rained 14-17 drops while we sat eating outside at a new Thai restaurant. The rest was blue sky, sun and great breezes.

The ocean was up to a balmy 64 degrees. A woman said she'd been down two weeks prior and the water ranged from 47-51. Lord that's chilly. I fully went in once.

....and just an FYI. It sucks going in when it's low tide.  You have to really want it....and keep going and going so it's deep enough to dive in.

There was plenty of good food (only two nights of great food), plenty of wine......or tequila. And lots of doing nothing but sitting outside and reading or walking the beach. I averaged about 25,000 steps per day.

We also go our canine fix by stopping to see every dog who came in proximity to us.

I shant tell you too much more, as you'll want to see it in the video.  Should there be one.

Shep was happy to see us when we got back. Elated actually. He climbed 710. Literally.....up and over the shoulder. He had a good time.

Re-entry to work was difficult. Not just because it was work.......but I walked into a shitty situation. I'll survive. I always do.

yes, please share your video with your adoring public. if only to show georty what they missed.

As I've said before, it seems the best part of vacation is the Welcome Home from our pets.
Work? Meh.

Glad you had a nice time out this way and that the weather worked out for the two of you. Always glad to read when people visit this area and have a fun time.