Everyone is ever-so happy.  I'm glad to see him go. But the problem with letting him in the first place and with his security clearance, he was privy to stuff he never should have.....and now takes that knowledge with him....and back to Breitbart.

And the other news from SCROTUS' ghost writer (whahh???  He didn't write his books on his own???) is that Dump will resign before Mueller gets the info needed to impeach. And that he'll do it before end of the year, possibly by fall.

People are cheering over this - - not really realizing it changes little.  Just think of it:  Mike Pence, President.

The religious crusades are about to be reinstated.


Anyway. I guess I did blog about it after all.

But back to Shep. 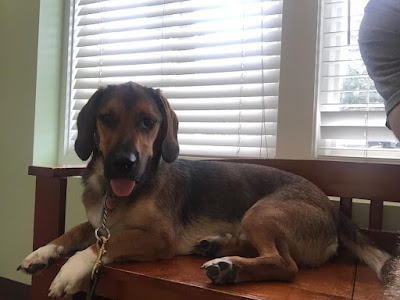 Chillaxin' at his vet appointment.

....until they tried to take his temp. Then no longer chill.  Or axin'.  I suppose this could be his official b-day portrait. I used to do one a year for Petey. 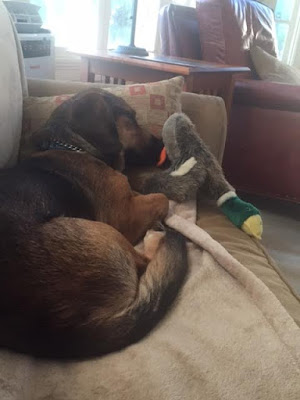 Where Shep goes; so goes Duck.

Oddly the only place it doesn't go is up to bed at night. 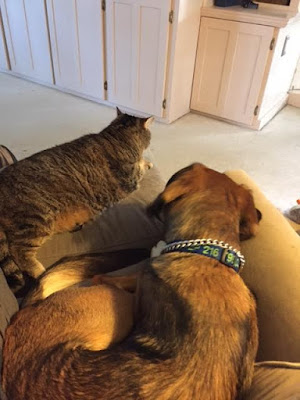 Shep still tries to corner her a few times per week, but it's better. 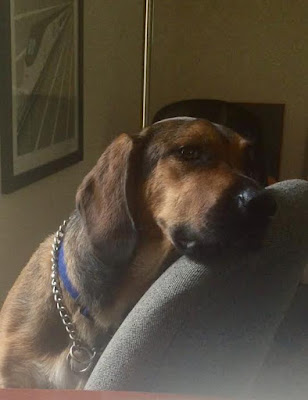 Shep chatting TO me, while I worked from home yesterday.
The boy can be a talker when he wants to be.