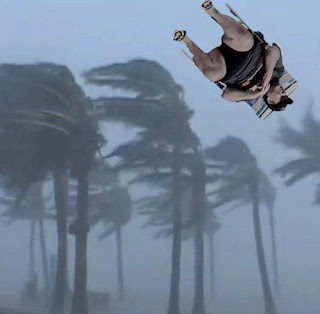 If I'm being 100% honest here, I'm not sure how much I care about the Harvey and Houston.

Oh the images are horrific

I really just wanted to use the image somehow. I'm loving the Christie meme. It just hasn't gotten old.

That said, it's Texas. And while I'm sure there are fine people there, collectively, they're kind of dicks.


But for a state that claims to want to secede they're sure using a lot of federal government resources that are based in socialism.


But have you been to Houston? A flood could do them good. It's not like it had much going for it in the first place - - other than the Beer Can House.

Ok. I'm being a little harsh. All that water (11 trillion gallons - though I don't know exactly how the estimated that one) is gonna bring a lot of fucking rats and disease. And mold. And disease.

As long as the pets are ok, I'm good.

Beer Can House? Is that a bath house?