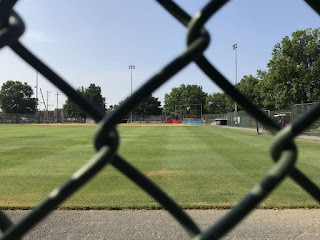 I wish I could give a flying fuck about the shooting(s) yesterday in Virginia.  But I don't.

I have no ideas who the victims were.....and I don't care.

My memory could be playing tricks on me, but I don't remember the 'if they come for one they come for all' when Gabby Giffords was shot. I think they rallied around the shooters rights to have a gun.

I believe the NRA was giving press conferences on why access to guns was sooooo important. I don't quite see those today.

Sure, it would have been super better had the gunman been a republican, but we couldn't be that lucky, could we.

Do you know what my first thought was when I heard?  Why aren't these fuckhead federal employees working, like they're supposed to be?  Then I hear they were practicing for some benefit game that - get this - "is a traditional event designed to bolster goodwill between two sides of the partisan aisle".


Maybe they all deserve to be shot.


Sorry - it's hard to take seriously when the GOP players are practicing with lobbyists. It's hard to care when a GOPer who are so fucking hell bent on no gun control gets shot, by what I'm hoping was a legally obtained gun with laws which they helped craft to keep firearms in people's hands.

The problem now is, people have thought that maybe now the GOP will rethink gun control since it was one of their own.  This is where those folks fail. The republicunts are only going to double-down. It will be more guns for all - with less hassle.

I mean - how do they not see that coming?

You gave voice to exactly how I was feeling when I heard about this. Too bad he didn't have an AK47 and he could have taken out the lot of them. Unfortunately this also could send us down a slippery slope. Think the burning of the Reichstag. Happy Friday.