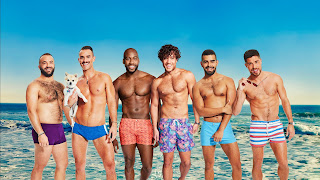 Channel Flipping can be a real problem.

It used to be a non-issue during "summer", as everything was a repeat. With 1,308 cable channels - plus Netflix, Hulu and Amazon Prime, well, there is always a new show on....and each seemingly worse than the last.

But if there are reasons why straight people abhor the gays, it has nothing to do with hand holding, public displays of affection and the like.

No, it's because television treats us like we are bitchy queens - and the problem is, there are a faction who are all too willing to be that bitchy queen just to get their mug on TV.

I saw it a few years back with the Beekman Boys (dudes.....you're like 50, enough with the 'boy' shit) or PBS' Vicious. They're just nasty men who don't seem to like each other, much less themselves.

But mix those shows with anything on Bravo (like the Housewives) and add in the Real World house-living roommate thingy (or maybe Jersey Shore) and you got Logo's Fire Island. 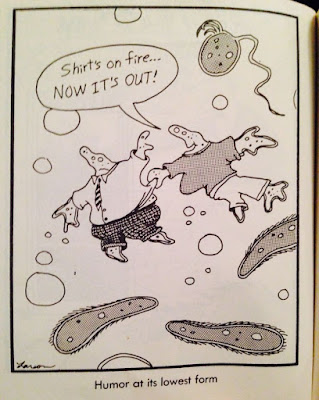 Fire Island is "entertainment" at its lowest form.

I hear women at work talk about some "reality" show with 600 lb folks or the mail order brides show. Those seem like PBS material compared to Fire Island.

We only saw a few parts of a few episodes, but you don't need to be a Mensa reject to catch-up quickly.  Six guys - whom I don't think knew each other - go in for a timeshare on Fire Island.  Or read: Logo auditioned guys with 2% body fat and put them up in a furnished house.

Yes, I'm being disparaging.  They've quite earned it.

The bigger queen was hired to be the instigator, I suppose. Making mountains out of molehills....and yet, contractually, all the others are legally forced to weigh in on the situations with their less than clever catty comments.

Oh no.......the flamboyant queen is just beside herself (yes...I'm feminizing him....though he's done a great job of that himself) because the other guy didn't come to his drag show.

Mind you, the housemate in the drag show doesn't even bother to shave off his creepy John Waters-ish mustache. Oh - and he sucks at drag.  SUCKS at it.   (of course the only reason he's in it, or allowed to be in it, is because a television film crew is there.)

But hundreds of people at this show and he "notices" on of his approximate housemate associates (read: not friends) wasn't in the audience.

or lack of, actually, though lord they try.


.....and then they milk that for three more episodes.


I can deal with bitchy queens.....as some of the icky feeling I had experienced first hand in my 20s. It was all too real, though the folks I encountered were way more clever and funny. I knew them, but I didn't like them.........just like the guys on TV.


But if you're not into that, you can watch E's What Happens at the Abbey, which are bitchy queens with 1% body fat with some of their hags.   It's totally different!


I just imagine heteros finding these shows and going:  "Fags".    Because....that's kind of what I'm doing.

And the real reality, most of us are very normal people, we don't live a scripted life, we don't make mountains out of molehills, 1300 channels of nothing worth watching.

I's all so sad and plays right to those who can't stand us. I have come to really detest Andy Cohen who is such a self centered tool. That girl's 15 minutes are long up. Great blog once again but we need more Sophie pictures. Just sayin.

I've seen (fast forwarded through) ads for it. Haven't bothered watching it.

Omg now I have to go watch.