Bow Wow Beach.  I love the name.  If I start a dog park I'll call it Arf Arf Acres. 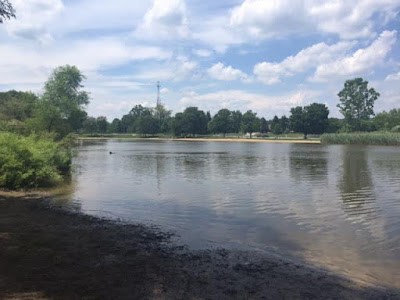 A really nice lake and gated area for dogs.  No two-footers are allowed in the water.
And there are paths that go all the way around the lake. 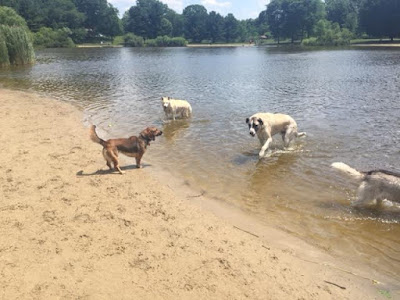 That big doggie coming out of the water is an Anatolian Shephard. I'd never seen a dog like that.....or heard of one. He was a seemingly nice dog. 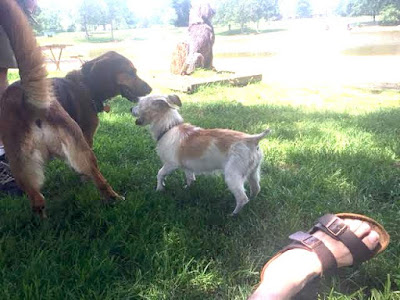 Shep (more like 710) met a little friend.....who was seemingly unattended.
Turns out two bored teens who we assume mom forced them to take the family dog to the park.  He/she was really cute. 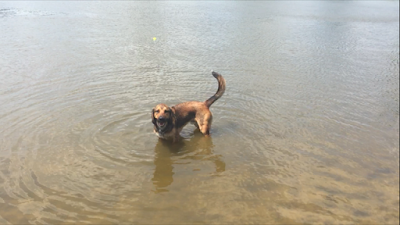 Shep didn't swim per se.  He was more a of an 'up to the knees' kind of dabbler. 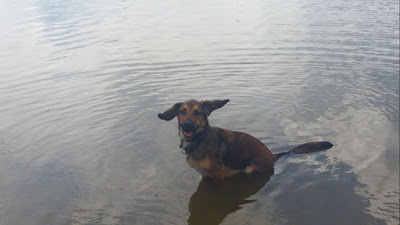 But those ears.....and that beaver tail!  The boy kills me. 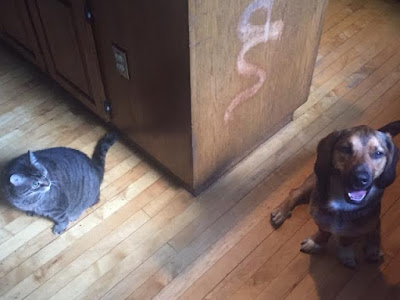 Back at home.  Dinner time for both of these two.


Song by: Laurie Anderson
Posted by Blobby at 12:06 AM

that next to last pix - OMB, you can't get any cuter than that!

it is a joy to see happy dogs in the water.

Anatolians are very cool. I want to come up and go to the lake with my boys.