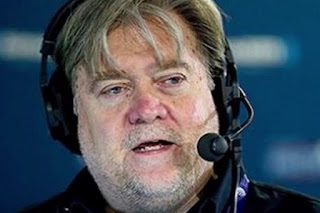 It's one of these multi-post posts.  One subject isn't enough for an entry, so we'll just lump together a bunch of shit.   'k?

I mean, everyone thinks after Memorial Day it is, but it isn't.  Old Mr. Thermometer might argue with me, as we've had at least 10 days over 90.  Still we had a Spring.  Often we do not.  But as my father would have said, just to be the cloud to the silver lining:  "day start getting shorter now".
Thanks Dad!

A gay football player!  Who knew?

Well, apparently no one. And of course, it's an 'ex' player. It seems they don't turn gay until retirement. Fancy that.

Poor Ryan O'Callaghan was afraid to get bullied.....or fired  All 330 pounds of him. While I feel for his plight, I'm guessing he could have held his own from anyone making fun of fags.

....and of all the former New England Patriots, is there any reason in the world it couldn't have been Mike Vrabel to finally admit he likes guy-on-guy action???

Sure you're a great actor.....but your films are few and far between. And while they're artsy and sometimes fartsy, they're not huge money makers. You must get paid a lot of dough up front because the how much of a back-end deal can your rake in from My Left Foot?

Perhaps it was from the licensing from his My Beautiful Launderette action figures that keeps him in the Benjamins.

According to Steve Bannon.  The tubby advisor who clearly is looking down a diagnosis of cirrhosis, is making excuses for why the White House Press Briefings are no longer allowing cameras.  It doesn't excuse the 'no audio' rule.

If you don't think this is scary and one step closer to no press coverage at all......no accountability.......well then you're a moron.

Song by: the New York Orchestra
Posted by Blobby at 12:06 AM

I've for a long time considered Daniel D-L to be the nearest we ever got to having a male equivalent of La Streep in terms of chameleonic transformation coupled with extraordinary acting ability. Such a shame that his entire film output must be about 10% of the number she has made. Nonetheless, what spectacular laurels to rest on!