Stuck in the Past 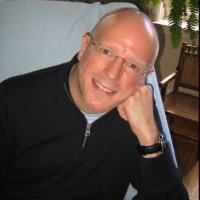 My word. It's 21:39 and I'm just starting to think about blogging for tomorrow today.

As I was contemplating a subject, I came upon a few old entries that I made the mistake of reading. I've mentioned before that touching on those is like going down a rabbit hole. Or a rat's nest. Depending.

I even read the comments - which made me smile and made me sad.

A frequent commenter was Birdie.  She has been gone for about two and one-half years. I just really enjoyed meeting with her, corresponding with her and her general support of my blog and other things in my life.

As I read through the post where I mentioned her death, I also saw the part where my friend Steven had recently been diagnosed with what was allegedly liver cancer. He fought valiantly for another two years, but he did pass away last November.

That was a little sadder to me, as our relationship was different than Birdie and myself. He and I talked, texted and emailed all throughout his treatment and up to his ultimate demise. Near the end it was texting only. And only when he had enough strength.

At one point, his family was texting me for him. They said he wasn't able to anymore and then that he was sleeping all the time. They said they'd let me know when he passed.

I'm still waiting for that call.

Being resourceful, I did check the Albany papers and found his obituary. I read the guestbook - it was all very nice and all very generic, though I don't know what I was actually expecting.

I've been thinking a lot about Steven these last few weeks for some reason. I got to say goodbye to him - many times. On a whim, I called his cell phone just so I could hear his voice - not knowing where his cellphone now resided (or if). Imagine my surprise when an old woman picked up. I immediately hung up.

Now, I suppose it could have been his mother, but I suspect his carrier has already recycled his cell number. In an odd way it helped bring some kind of closure.

So while I didn't actually have a topic for today, re-reading my own blog brought me one.

I have a dear friend why is very ill and most likely dying from liver disease at this very moment. He refuses to answer his phone and will only text. I know he doesn't feel well but it seems to isolate him more. Liver disease is not a pleasant experience period.

Sometimes we need to remember the past (and those who were in it) to move on in the future. They would be both be pleased you are remembering them.
JP

I miss Birdie very much. She was glorious.