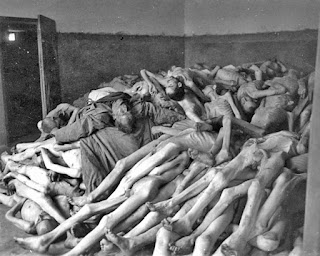 This is one fucked up White House.

And yes, I know that might the understatement of the century.

I find even though you probably know what I'm talking about, I have to actually reference it here, so archivists in future generations will have some specifics regarding my talking points.

Sean Spicer: Super Douche, sorry Uninformed Super Douche, and his comments on Hitler not using chemical weapons to kill people, or his 'own people'. Both highly untrue. Oh - and those killings went on that Holocaust Centers.

Today we just call those the JCC.

While as disappointing and disturbing that he said it at all.........and on Passover (!) no less...it's just not surprising.

I can't tell if he's just straight-up stupid, cocky and thinking no one will challenge him, just completely uniformed about history (which is oddly, different than 'straight-up stupid') or just some fucking pawn - a willing one - in this stupid regime.

There was surprise though:  the apology.

I almost titled this post "Sorry Seems to Be the Hardest Word".

He not only apologized, but called it a 'mistake' - what he said, I'm assuming. He probably meant it was a mistake that he got called out, but hey.............it's the closest thing we might get to him being human ever.

Spicer gets about half a point of credit for that. And I'm being generous.

It's really about the arrogance. He's the media-face of this administration, which has to be one shitty job, but he accepted it. I don't care what the panels on Bill Maher's show says about Spicer being a really good guy who has gotten caught up in a bad situation and not the Sean they know.

It is the arrogance of this administration. The one that thinks they can get away with saying such shit to make a point that is clearly incorrect - - on so many levels. They know they have their supporters who believe the shit they say - even when wrong. They're not the ones the apology is for - because, they'll never hear it. Not really.

I have said it before - - and I'm sure I'll say it again - - every time I think this White House can't sink any lower, they somehow exceed my expectations. I've come to a realization that there is nothing they won't / can't say. Or that they'll truly be held accountable for their words / actions.

The title image is purposeful. Hopefully whenever someone Goooooooogle's 'Spicer' that picture will come up.


Song by:  John Williams & Itzhak Perlman
Posted by Blobby at 12:03 AM

I saw this and thought immediately "guess spicer never heard of zyklon b". spicer must have been absent from history class that day. this entire regime is full of FUCKING IDIOTS WITH BIG MOUTHS!