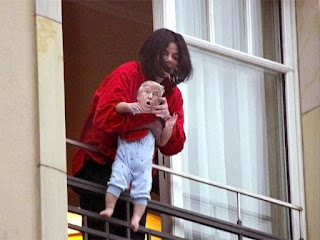 
The first 100 of a lot of big nothing, though you can't say that to him or his believers. They way I see it, not only does he not have a wall (not that I was expecting on in that amount of time), he doesn't even have a way to finance it.

Tax returns upon getting elected?  So not happening.

Repeal Obamacare?  Looks like it is still in place to me.

How is that Travel Ban working out?  Ohhhhhhhh yeahhhh.......right.

Dumpers will say he got his Supreme Court nominee, but he didn't. Sure, he got that Future (and current) Fascist on the bench, but that was more Bitch McConnell's doing than SCROTUS. Denying and delaying Scalia's replacement had zilch to do with Dump.

I mean, sure he's ruining the environment with coal run-off polluting water systems. Sure he's allowing the killing of hibernating animals. He's ok with considering taking Meals for Wheels out of the mix and tossing out public broadcasting - - since the arts and education and feeding the elderly isn't a priority.

Buy American?  Hire American?   It works if you're not the Keystone Pipeline.......or the Ivanka Dump Line.  Or visiting a company in Wisconsin to promote hiring American when said company has outsourced more than 50% of their IT and product management to India.

I'd say don't start me on the hypocrisy of all his trips and complaints about Obama's.......but deep down no one seems to care.

People, especially his followers, don't give a flying fuck. The rest of us, well, I dare say, we are desensitized to his out and out lies. He's constantly testing the waters and somewhat winning.

I could go on with other items too, but I think you get the point.


I guess it's a good thing my 90 day supply of anti-depressants just came in the mail.

"People, especially his followers, don't give a flying fuck" - tru fax. and they ain't people, they are deplorables.

"The rest of us, well, I dare say, we are desensitized to his out and out lies" - NO FUCKING WAY! every word outta that fat orange fuckface is a lie! intelligent people know this and intelligent people are fighting back! join us in the fight!

I have been waiting and waiting for someone to say that it was really McConnell's doing that got Gorsuch on the bench and not the result of the Idiot's maneuvering. Big thank you!

Re April 27 post: I'm just glad you keep in touch with your readers. I welcome whatever you want to write about.