She Blinded Me with Science 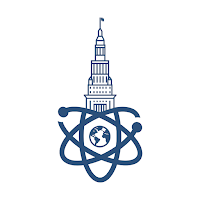 I'll admit it: we skipped the Science March yesterday.

We should have gone, though it wasn't wildly publicized up here. I had heard about it only two weeks ago and that was from an out-of-town friend. She claimed to be coming up for it (she didn't - - according to her Facebook feed).

It was an ugly morning and cold outside. And staying in seemed easier to me. I know that's lame, but free time is rare. Shep got up at his normal ung-dly hour, but 710 was good enough to be the one to take him on his a.m. walk.  I stayed in bed until 07:30.......which is unheard of.

Mind you, I didn't sleep sleep.  I kind of slept. I don't do well with my thoughts while just laying in bed.

One of my cousins went to the march........and fuck, she's traveling in Amsterdam! So that makes me feel massively lame.

While I'm not truly making excuses for my lack of attendance, but who in the world is this march going to convince? Were there protesters who were denying science  - yelling from the sidelines like it was a gay pride parade?

The folks who have alternative facts are never going to be swayed.......at least until one of their kids gets leukemia and science cures them, though somehow most won't see it that way.

I'm thinking every minor to major city that has a science center benefited. I'd almost bet that if such a center exists, that each march took them right to it, or at least right past it.

Don't get me wrong, I think science is important and should be promoted. If one of these marches gets a kid interested to pursue on of the sciences, then it is totally worth it.

Song by: Thomas Dolby
Posted by Blobby at 12:03 AM

Email ThisBlogThis!Share to TwitterShare to FacebookShare to Pinterest
Labels: Science

I didn't go, either. I believe in the cause, but I lost some steam, and there's so much farm work to do.