Well in this house, it's always Shep time.  You get the condensed cute version. Not the - I'm an asshole and will bark at you for no reason for 30 minutes straight.

You don't get to see the every morning arousal at 04:45. I'm not sure how to get him to even sleep a half hour longer. And hour would be better.

But when he's cute, he's cute.  And he loves his outings, which we try to do something each weekend.

Last weekend it was off to Edgewater Park.   As you can see, it's on the edge of water. Lake Erie to be specific. 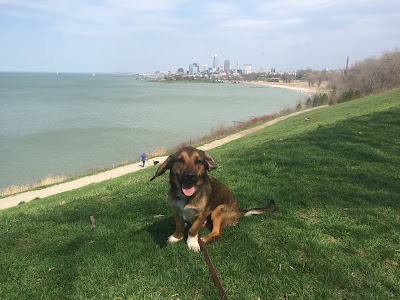 Sitting on the high end of the park (there is a lower level). You can see Clevelburgh in the back. 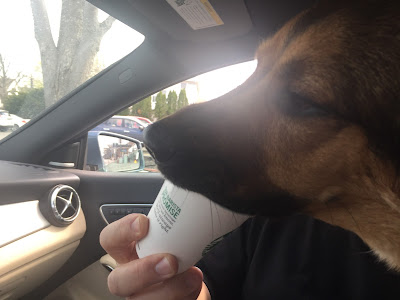 On the way back, we went through Starbucks.
Shep got a Puppacino. It was free.

The Puppacino is whipped cream. He was way into it. 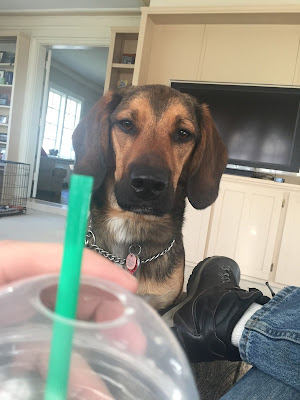 After that, he was all about the whipped cream. ....and wanted my Frappacino.
He got nothing. 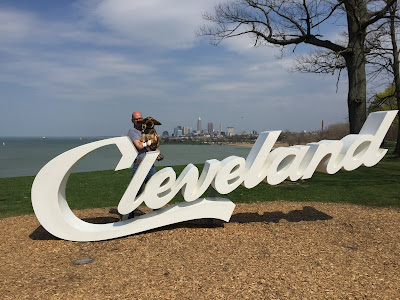 Like Petey, Shep isn't much of a posing dog.

I unsuccessfully tried to get him to sit in the C. He was not having it. As a line was forming to get pictures taken, I gave up and hoisted him.

Embiggen the picture. You'll see his ears flying in the wind, ala Sister Bertrille.

The crowd started chuckling. It was a compliment.

Song by: Laurie Anderson
Posted by Blobby at 12:07 AM

I like that last pix. shep is getting so big!

Cute - but those early mornings? You really must love one another.
JP

I'm with JP ... our kids don't wake us up early, except on the weekends when we try to sleep in a little. That, they are not having!

I have never heard of a puppacino until now.