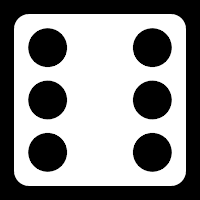 That's the number of years we've been "married".

I'm not sure I want to do an annual anniversary post - even though I've done one each year since our DC wedding.

A friend of mine, and ex-roommate of 710, had posted on Facebook that he and his husband were celebrating their third anniversary and probably the last one that would legally recognized.

I'm not so sure of that.

I know Dump said on 60 Minutes that same-sex marriage is "settled law", but is it? I mean - what does that even fucking mean?

Prohibition was settled law until it wasn't, then was, then was again. Wade v Roe is "settled law"that 43 years later some are still trying to overturn. Nothing is certain.

Factions outside of Dump are hoping to bend his ear on this - be it the Liberty Council, NOM or Family Research Council - trying to get him to reverse Obergefell,

I never take 710's and my marriage for granted. While we've been together for far longer than our six years of marriage, it is somewhat nice to be recognized in the eyes of the law.

The weather today will be close to the DC day we had. Sun, clear skies and 60 degrees. The internets say it is our Iron anniversary - though one site said it was Candy.

Give the choice, I'd go with the latter.  I'm no fool.  But I'll be damned if I was going to call this post 'Candy Man'.

Song by: the Cardigans
Posted by Blobby at 12:03 AM

Email ThisBlogThis!Share to TwitterShare to FacebookShare to Pinterest
Labels: Anniversary

Happy Anniversary ...
I was married one year ago in October..
I said I would never say the word president and that man's last name in the same sentence so thank you for the reference of Dump..people will know.

He said his views on marriage equality is irrelevant just one week after he stopped saying anything he wanted to say to become elected as Roy Cohen taught him.. and just a few days after he appointed an anti-semite to one of the first two posts in the WH..so I tend agree that my year long marriage after 30 years together is something could go the way of prohibition .. you are a good writer ..keep up the good work..
And congrats on the new pup....
Tim in France

Hearty congrats and a very happy one to you, Sir!

thank you for NOT selecting "candy man". and congrats on your anniversary!

You could have always gone with this: