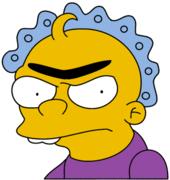 Not a word today about He Who Shall Not Be Named. Even Evil needs a day off.

This might be a scenario for Social Q's or the Ethicist.

So there we were - 710, Shep and myself, taking a walk around the 'hood. It was later in the afternoon, but still light out, as it was a few hours before we had to turn our clocks back.

As we approach a house that has a seriously hot dad, three kids - all girls - come out from around the hedge. All of them in various stages of dress...or un, as the case may be. None with shoes - and yes, it was a pretty day, but it's still November.

I should probably mention that none of the kids were older than 4 years old......if they were even that old. I don't have kids - and I don't work as a carny, so I don't guess ages (or weights).

Anyhoo, as we got closer, not only was hot dad nowhere to be seen, no parent whatsoever was anywhere around.

The girls - all of them girls - stopped to look as Shep. One of them giggled and said "doggie". I engaged in a little introduction of the doggie all the while keeping a slight distance and one eye peeled for either of the parents.

As they became distracted, as all 4 and unders do - the kids started to wander off the property. One going closer and closer to the street, although there was a barrier of a big pile of leaves. And while it is a 25 mile an hour speed limit on this road, it is a cross through, so many use it and probably at twice the posted rate.

So there we stood, me asking these kids where their parents were, as 710 held the dog. Them not answering. One possibly not even old enough to talk. This went on for three or four minutes - or as I call it: an eternity.

This is a sister or sister in law or sister, or something. She was watching the kids - the parents were out so no chance to catch a glimpse of pops.

Now, this woman wasn't nearly as frantic as she should have been. She mentioned the back door was open and next time she looked all the kids were gone. Kids that weren't hers. Nor did she seem horribly concerned about how they were shoeless, half-dress and near a busy-ish street. Or that she lost them in the first place.

We chatted for a few - which is how I know her quasi-relationship with the kids - and then we finished our walk.

As we were in the home stretch of the walk I had to say something to 710. I told him I had considered we keep going and leaving the kids to their own devices. It's not because I'm a cruel man {no.......honest}, it's that somewhere deep in me, I felt we would be looked badly upon more as two gay men around three unattended semi-clothed children then just walking past them as they walked into a HOV lane.

And the getting kicked while you're down part?  I'll never get credit from the hot dad (or his plain wife). I mean, there is zero chance that their babysitter told them she lost 3 of his 4 kids. And less chance of saying some gay guy found them for her.


Song by: Rick Springfield
Posted by Blobby at 12:09 AM

Email ThisBlogThis!Share to TwitterShare to FacebookShare to Pinterest
Labels: Neighborhood

It's not as if you were lurking in the bushes of a secluded area of a park, you were walking in open view on a dangerous public street in full view of anyone. You did the right thing. Oh and don't expect Hot Daddy to thank you as I can almost positively assure you she didn't mention a thing about the kids leaving the house to their parents.

I've held off for a few days, but here goes: Say it. Say President elect Donald Trump. You can't say it, can you? Thank God the people made the right choice.

I guess the asshole who said s/he wasn't going to continue reading me is full of hot air and lies, like his candidate of choice.....and still too big of a pussy to sign his name to it.

oh - and anonymous asshole? The people - the popular vote, didn't vote for Trump. SO maybe you're right - they DID make the right choice.