Shep is a big hit.  Our dog walkers love him. Other dog walkers who've encountered him love him. As do the neighbors.  And his reputation precedes him.

"Oh! Is this the shephard / bassett mix I've heard about??"

This was said by a woman who doesn't live in our enclave. But I had met Tesla (her dog) before, but at that time she was walking with her male owner - who also doesn't live here. I love that he went home and told his wife and a week later, the wife remembered the tale. 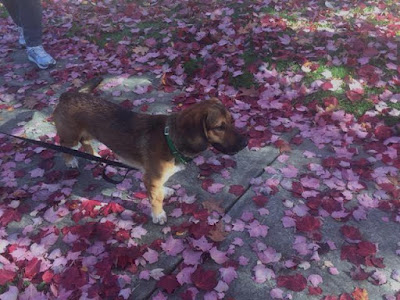 Shep among the colourful fall leaves. 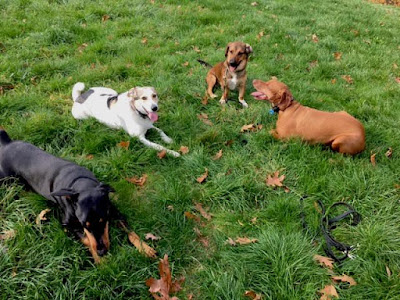 I only know the Doberman name: Dax.
Apparently she is Shep's girlfriend. 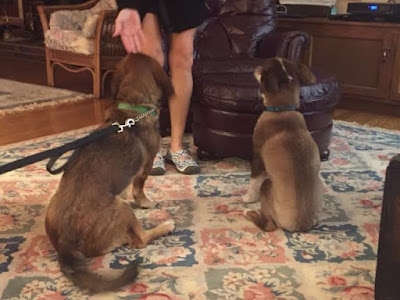 Shep and Boomer waiting for a treat at Nana's. 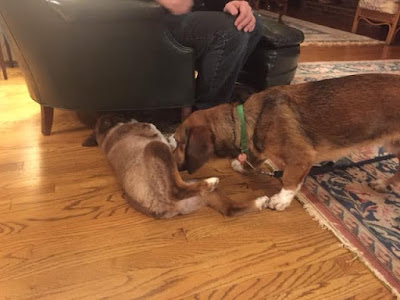 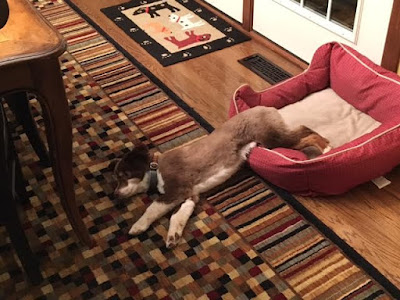 Boomer after his big day at Nana's. He's still not sure what to think of Shep. 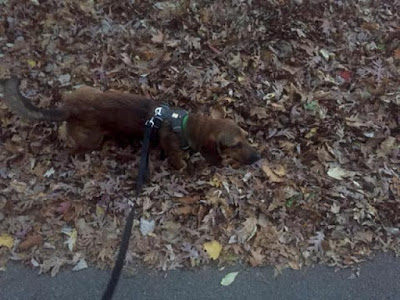 Shep among the monochromatic fall leaves. 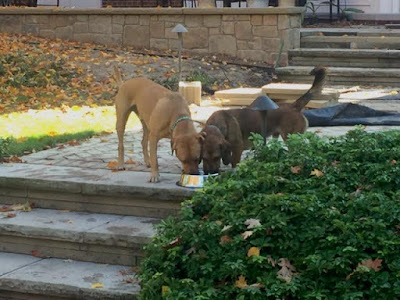 you adopted a winner, blobby!

No surprise that all the 'lady-doggies' fall for him. And not only the ladies.