My Side of the Bed

No pictures of Sophie, but they have more and more encounters. Sophie purposefully lets herself get 'trapped' in corners. I am not sure what her game is, but she has yet to whap him - though I think she should. 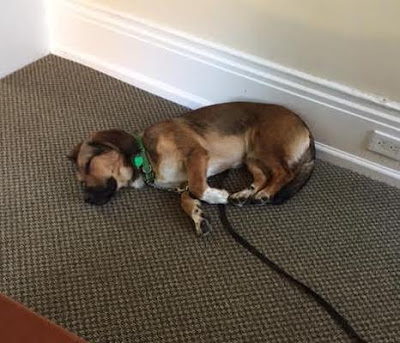 Shep in the office.  Knocked out.

The leash is part of his training. We need to use it to get his attention. It's not a forever thing. 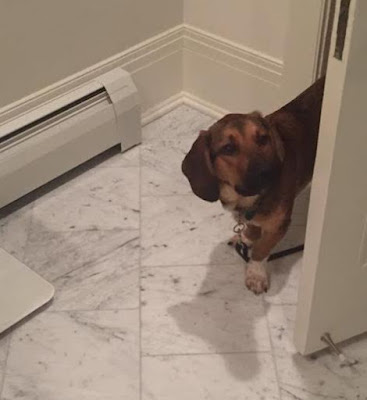 And he found that little springy - door thingy too.  ....so that's fun. 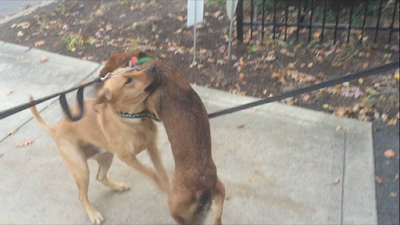 Shep with his best buddy - Kooper.

It was a random meet-up when both were getting walks. There were two other dogs there as well, but they ignored them in favour of playing with each other. Such a clique. 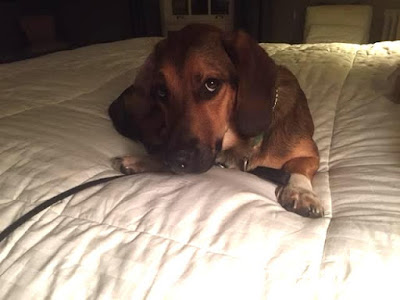 I'd love for Shep to use his own bed upstairs, but as it is, he sleeps between 710 and myself and Sophie sleeps to the left of me. I have very little space and I don't seem to mind a bit. 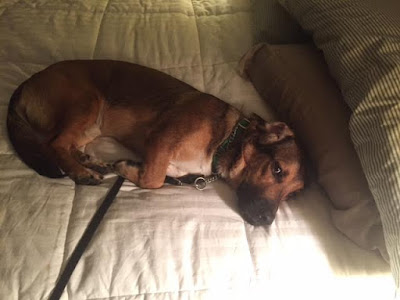 He won the war of sleeping upstairs, but the battle for my side of the bed rages on.

That and trying to get him to sleep parallel and not perpendicular would be helpful.

Song by: Susanna Hoffs
Posted by Blobby at 12:07 AM

That second to last picture is giving me everything.

I'm with bob; look at those puppy eyes! HOW could you turn him away!

I don't know why but they all seem to like perpendicular.

When it's time for me to retire and I find two pussycats on my bed (at least one of them invariably stretched out across the centre as though bagging his territory) I have no alternative but to sleep on the floor. I'm only surprised that you're not at that stage yet - but you inevitably will be!

He is so cute. Less than a month and he has you all trained.

I lost the battle of the Luna in bed with us. And she does the same... squeezes her way up between the Husbear and myself, then tries to push me off the bed.

That dog has what I'd call come to bed eyes.
JP

Dogs sleep in packs, and you and your man are his pack. Dogs sleeping in the bed makes good sense.
There are studies it will prolong you and the dog's life.

My prediction: Shep will have you totally wrapped around his paw by New Years! How wonderful for you. :-) He's such a cutie.