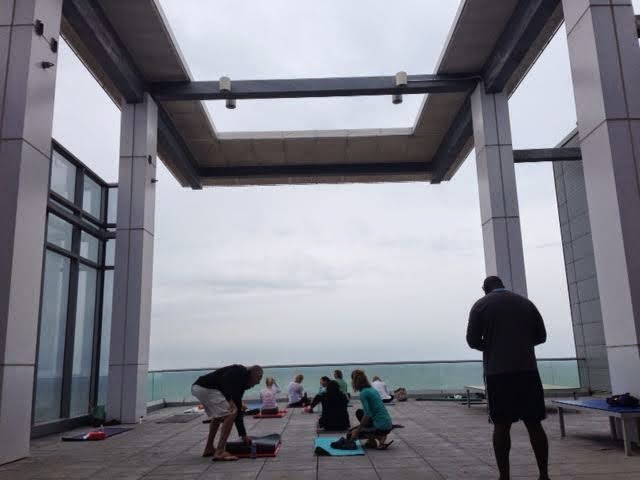 It was another yoga "event".

Another Bri yoga event. A repeat if you will. We did a Yoga in the Sky last year - albeit with blue sky.

The temps were ok, but not great. I forgot how breezy it is 19 floors above the street, right off of one of the Great Lakes.

But the afternoon was drizzly and threatening to rain. The sky showed it.

There were not great pictures of the skyline to be had that I didn't get last year. 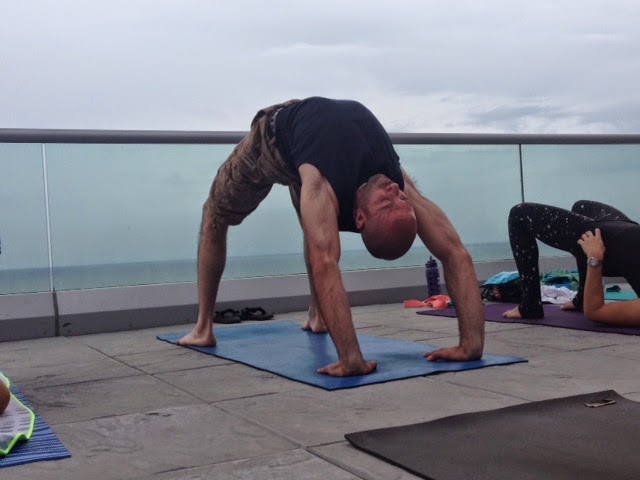 While I know 'x' (ok, I didn't get a name) is a carpenter (honest, he told me), I have to believe he's also a yoga instructor on the side. And no, no jokes about 'getting nailed' were exchanged.

I wish my 'Wheel' looked like this, but I'm not there yet. I'm better than I was a year ago - when I never even attempted one - but I don't look like this on any level.  And yes, it's totally gratuitous.

I had suggested that Bri put Sir Mix-A-Lots "Baby Got Back" on her playlist, but alas she did not. I mean - really. 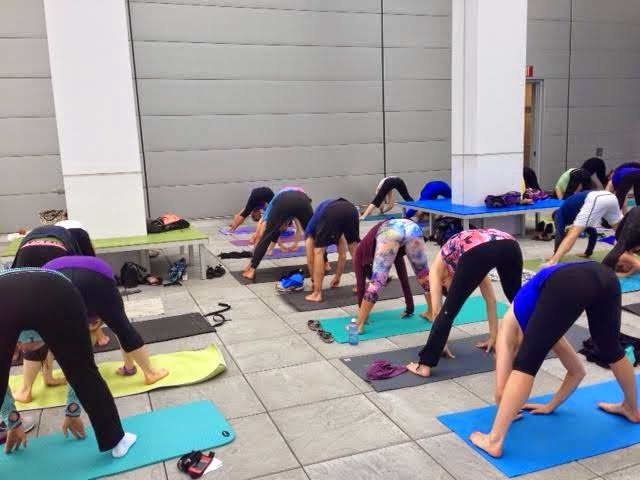 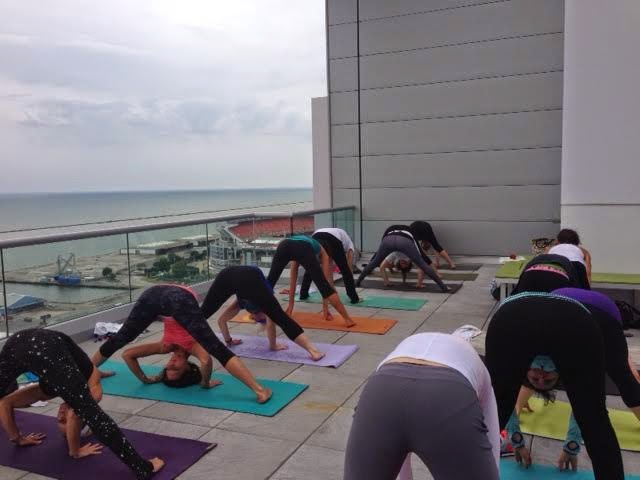 Was the planning of the practice so spontaneous that she couldn't have queued up the song for when people did this?

Oh sure, it might have offended some, but it would have beat the lazy cover of New Order's "Temptation" that was used. I will thoroughly admit to liking the inclusion of Metallica's "Nothing Else Matters". That was unexpected and perfectly timed.

Right as the class ended, it began to rain harder. That was well timed.

Afterwards it was beer and then food with a few folks from the class. 710 joined us, so now they can get off my back on him "not existing".

Saturday David and I had our pick of two Summer Solstice classes - both outdoors. After a later night for the likes of us and off and on rain until well after dawn, the idea of practicing on mud-laden polo fields or at a beach didn't sound so appealing.

No worries, I'm back at it this morning.

and one person has VPL (visible panty lines) - just NO!

down by the football stadium, I see. and the R&R hall, and the amtrak station.

X is limber! Oy, I tweaked my back just seeing that.

I'm still new to yoga, started in April this year. So I am still taking private lessons in a studio. Maybe one day as I get better at it I will progress to such a class. I love yoga though, wish I had found it before 50. Due to the fact I am 50 and had the aches associated with 50 that my doctor suggested it and so far it has worked. So now it's two days a week with the personal trainer and two days a week with the yoga instructor. I'm lovin it!

You should have gotten X's card. You never know when you'll have a woodworking project in need of a carpenter... :)