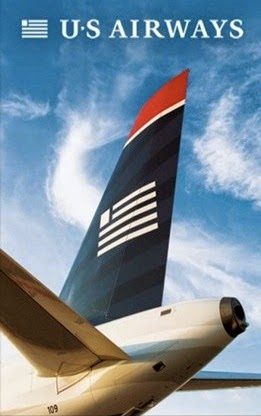 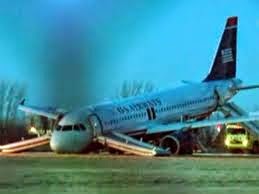 As you know, I travel a lot for work. And I try to stick to one carrier - for a few reasons:  that is where my frequent flier miles are, they have/had a hub in Cleveland and the convenience of their electronic access.

I found myself on a trip recently where somehow, I got booked onto two different carriers on the same trip. United on the outbound and USAirways on the way back.

I didn't think much of it, when I got the itinerary (I did not book the trip) and saw that I was flying through Philly on my way home.  United flies through PHL and I've been there dozens of times. But when I was stuck in Chicago and killing time, I knew I could check-in for my homebound flight. However, the United app wouldn't allow me to do this, as they had no flight or confirmation number of which I provided.

Fuck - I thought to myself. Without looking at the itinerary, I knew.

So, on a whim, I looked an USAirways had an app. They hadn't before, but they did and I downloaded it. I should have taken heed of the one-star rating for the app, but it seemed easier than trudging to ticketing and printing out a physical ticket.

While you get reviews of apps here, I have never ever ever written a review for iTunes for any of the apps that  have. I have now.

Let's just say that the 'one-star reviews' are being generous. I'm guessing that is only because you cannot give a review no stars.

Yes, it was a pain to set up my profile, but like I said, I had time to kill. Then I had to find my (in)frequent flier miles number for that airline along with the confirmation number.

After this, the wheels fell off.

Trying to check-in, the app asked me for my confirmation number. Then directed me to three options (Change my Seat; Seat and Bag; Flight Status). You HAD to pick one of those three, as there was no just 'continue' button.

Flight status took you nowhere.  The other two options took you another option page about checking bags for a price or early boarding privileges  - for a price. While this did have a 'continue' button, all it did was take you right back to the same page.

I kept looking for something I should have checked, like an agreement, but there was nothing. It seemed like USAir made you want to click on one of those 'pay more' options if you were to get past that page.

Honestly, I spent over an hour on this just trying to check-in, but to no avail.  People at my gate heard me cursing under my breath. I gave up and got on my delayed United flight instead.

At the hotel, I just used the business center to check-in and print out a physical ticket.

However, now that I was indeed checked-in, I went back to the app, just to see if I could get the electronic ticket sent my way, as I was now definitely in the system.

No such luck. Another hour and never being able to get past that baggage / upgrade screen. And I tried multiple different ways and multiple times.

For the record, the USAir website isn't a lot better.

I get that I'm used to United's website and app, but they are seemingly more intuitive. At least when United merged with Continental, they were smart enough to take Continental's excellent app, as opposed to creating one of their own.

All American Airlines is getting out of this merger is shitty web design, poor customer service and questionable hubs. And a lot of debt.

We don't call it UScare for nothing, folks.

Clearly I'm no Luddite, but stick to the ticketing counter kiosks before you use this crappy app.
Posted by Blobby at 12:09 AM

my traveling co-worker gave up on USAir about 2 years ago; now he's delta all the way.

guess what? no more bitching from co-worker!

I'm kind of a Luddite and your experience makes me think it's an okay thing!