Years Could Go By 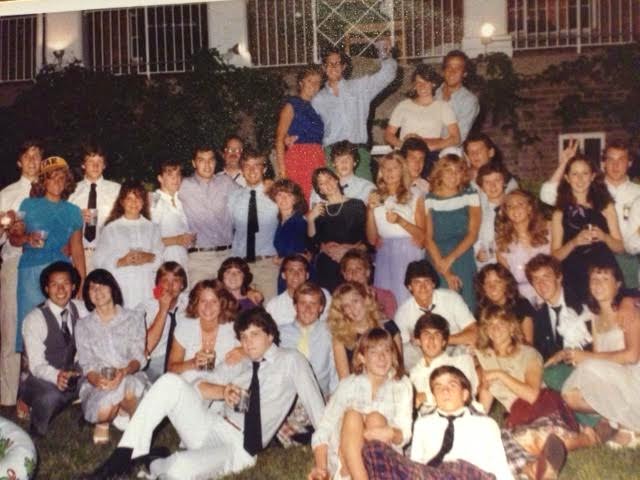 I don't know if it happens more often or not due to Facebook, I just know that before joining, I have not met up with people from my early days at Ohio State.

These are not the same friends I speak of often, who are also from my Ohio State days and there after.

Yes, I belonged to a fraternity, and most of my relationships with these folks (and their girlfriends or sisters) fell away after I pulled away from the fraternity itself.

However, thanks to Facebook, I've reconnected with a handful of my brothers and some of their sisters or former girlfriends - many of whom I used to hang with at the house or in bars.  ...but mostly in bars.

Yes, I'm in the above picture, but you'll have to find me.

But Dee Dee, who is the woman and the bottom of the picture in the center, was up in Cleveland and we scheduled time to meet for a drink, which became two. And yes, I brought the above picture.

Of all the time I hung out with Dee Dee, that is the only picture I have of her - that I believe.

We had a hoot trying to identify some of the people in the pic. IF you can spot me, I'm with a girl. A would-be beard. Oddly enough, Dee Dee went to high school with her. I met Kathy (or Cathy) in my English 160 class. We got along great and yes, I asked her out. It was her first day off of crutches from a field hockey injury.

Drunk Blobby got between her and my lecherous roommate (you know, protecting "my property") and then promptly stepped on her almost healed foot. Save for class, I never saw Kathy/Cathy again.

Oh - and I was also a big homo who was secretly knocking boots Bass Weejun Tassel Loafers with a guy from the Beta house. So there's that.

Anyways, Dee Dee and I took a few hours and a few drinks to catch up. I knew her dad, who is still around and living with his "new" girlfriend in Florida. It was a nice time and not weird in the slightest, considering it had been 30 fucking years. Yeah - you heard that right.

...and it is odd how her youngest daughter, who is heading to college in this Fall, looks so much like Dee Dee did back in the Fall of 1981.

So next time I'm in Columbus, or she is up in Cleveland, we will get together again. 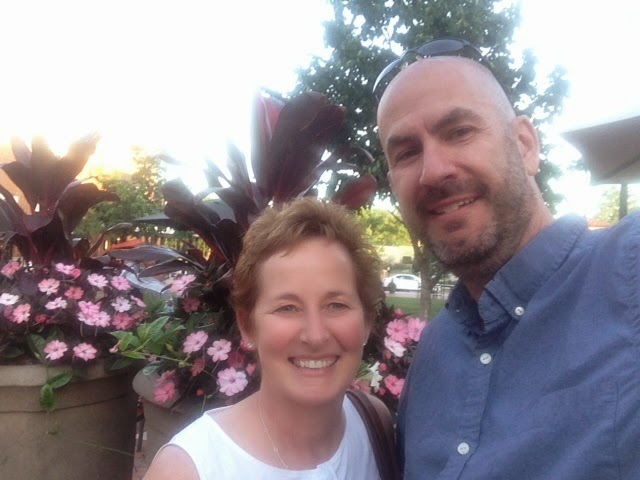 My family has many old photos; we sometimes try to figure out the ones in group shots - can we remember them all? where are they now? Any worth finding?