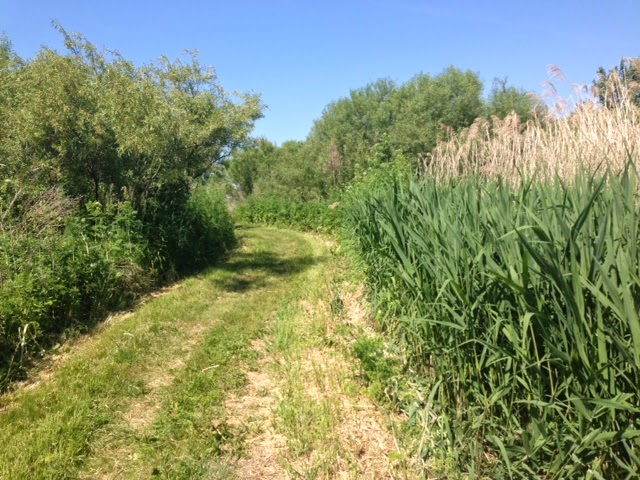 For the last few years, he's wanted to go up near "the lake" (that's Erie, for you folks) and hike around Dike 14.

Yes, make all the lesbian jokes you want - lord knows I did.

The area is now controlled by the Ohio Dept of Natural Resources and the Cuyahoga County Port Authority.

I *think* the latter comes into play because the actual land is sludge that was taken when dredging the Cuyahoga River and basically making a change to the shore when they dumped it further east.

I've been hesitating to go up there, not that it's far, and always use my normal excuse:  where do you poop?

If you've ever seen a video of something like Glastonbury Festival, Times Square on New Year's, people climbing Everest, or hitchhiking Europe that is always my first question.  Where do you poop?

I do not think it is an unreasonable question to ask. And have answered.

Since Dike 14 is a bit out of the way, but oddly right off a freeway, there aren't many people there and I would go out on a limb to say not many know about it at all. 710 is just one of those kinds of people who know things about cities.

To get to the strip you see in the title image, one must pass through a full body turnstile (think the NYC subway). We assume it is so one cannot bring dogs or bicycles back there, though none of the signage prohibits them.

We only passed three people and one was from the ODNR - and she was, I kid you not, counting butterflies. As her job. 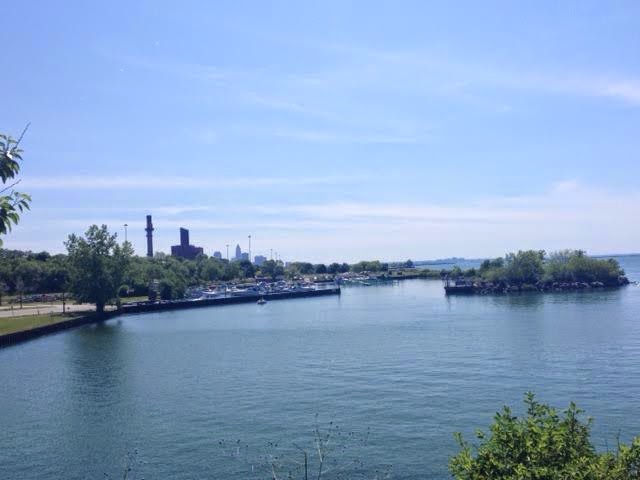 Looking West. If you enlarge, you can see downtown on the left. 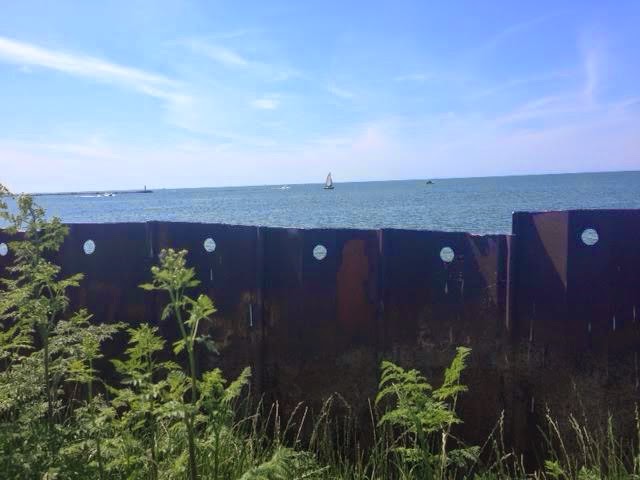 Looking North, out to Lake Erie. (the shallowest of the Great Lakes, don't ya know.) 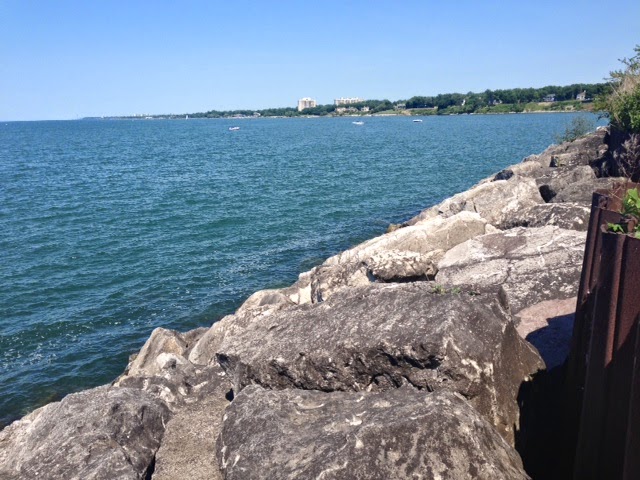 Looking East - towards Bratenahl. It's rich up that way.

So I did a good deed by taking 710 to do something he has wanted, and without giving him the head's up first. So I have earned more Husband Points that are unredeemable and worth nothing - just like Bitcoin.

did you stick your finger in the dike?

enlarging the pix, I can just make out terminal tower in the city skyline.

ahhhhh - yes.....I remember wandering around the shores of Lake Erie, but more around Fairport Harbor (that's also where we used to launch our Hobie Cat - yes...even in the early 80's we would sail on the lake...terrified to fall into it, though)

It's nice to see that the area has changed for the better over the years (I think).

I had never ever thought of your question when asked to go on a long hike somewhere, but now, well, it's seems like a perfectly good, and necessary one.

how is Lake Erie doing these days? Clean or polluted?

And just like bitcoin, worth nothing in the long run?