You All Look Alike 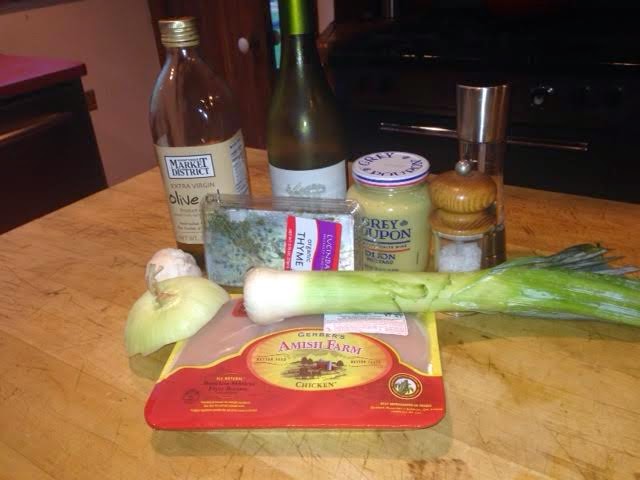 It's like I made this before. At least similar.

I really liked it.  710 thought the sauce was too overpowering, and I can see that.

I scaled back 25% on the thyme that was called for an d if anything was overpowering in the sauce, it was that.

Maybe it is the Dijon and the onions vs shallots and leeks, but it has a similar taste as the NYT Magazine recipe I did a month ago.  That was thigh meat, this was breasts.  That was shallots, this was leeks.

Dollars to doughnuts, I probably liked the NYT recipe better and it seemed easier. Both were made in one pot, but g-d help me, I loathe stripping off thyme leaves. That took longer than any other part of the recipe.

I took pics of the cooking, but I'm too lazy to post them. It's cooking chicken and reducing a sauce. Not a lot to see. And while I still liked the taste, the sauce isn't the prettiest to look at, so I'm not even showing the finished product.


Oh - and for those of you keeping track, I got to make chicken on Monday.  Our trash was full, so before I emptied it, I just discarded all the chicken packaging a day early.  BONUS.