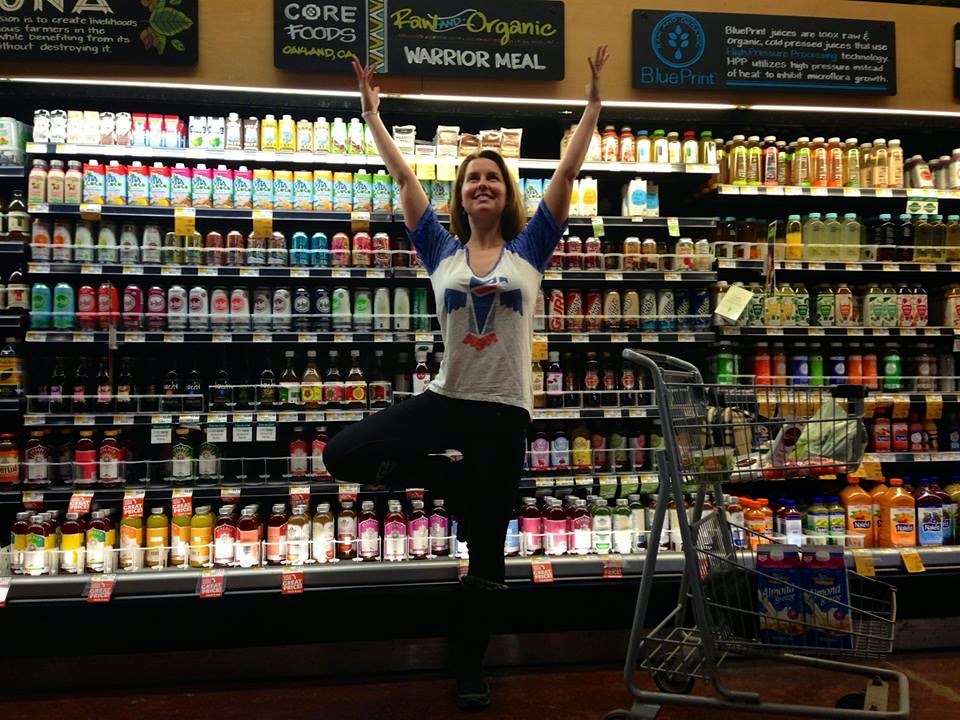 I know I know - I just did my April Shopping segment and credited to David.

I'm getting May's off the table early too - so they seem back to back. Technically, this could be Site of the Month too, but I won't quibble too much. What's done is done.

One of David's and my yoga instructors is named Bri (pronounced 'Bree').  She's fun and funny and can always take a joke (remind me to tell you of her FB foible of posting to Harvest for Hunger).

Bri has had some of the funner classes that David and I have participated in - including last year's Sky Yoga, the Secret Garden and the Glow ones. And she has an upcoming one at the Museum of Contemporary Art.

She is always one to attempt to guilt me for not going to one of her mid-week classes. But Bri doesn't know my mother, and her guilt-skills are nothing compared to what I'm used to. It's a valiant effort, but she falls way way short.

Still, I'm glad to know her and her continued efforts to make the world a better place. She really does exude kindness and compassion. Yet she had me laughing with her published article in MindBodyGreen:

How to Practice Yoga While You Grocery Shop.

Clearly I shop for food. And yes, I practice yoga. No, I won't combine these things.

I do hand it to Bri, she practice what she preaches. At least for a photo op. 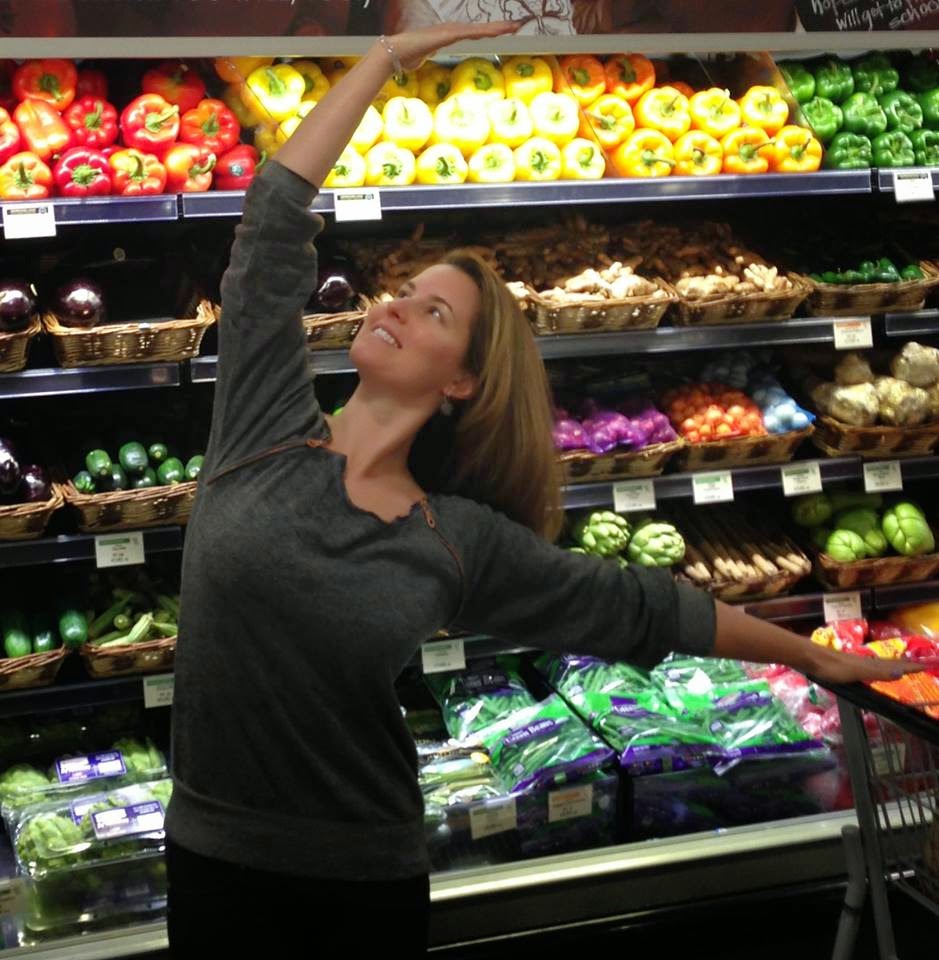 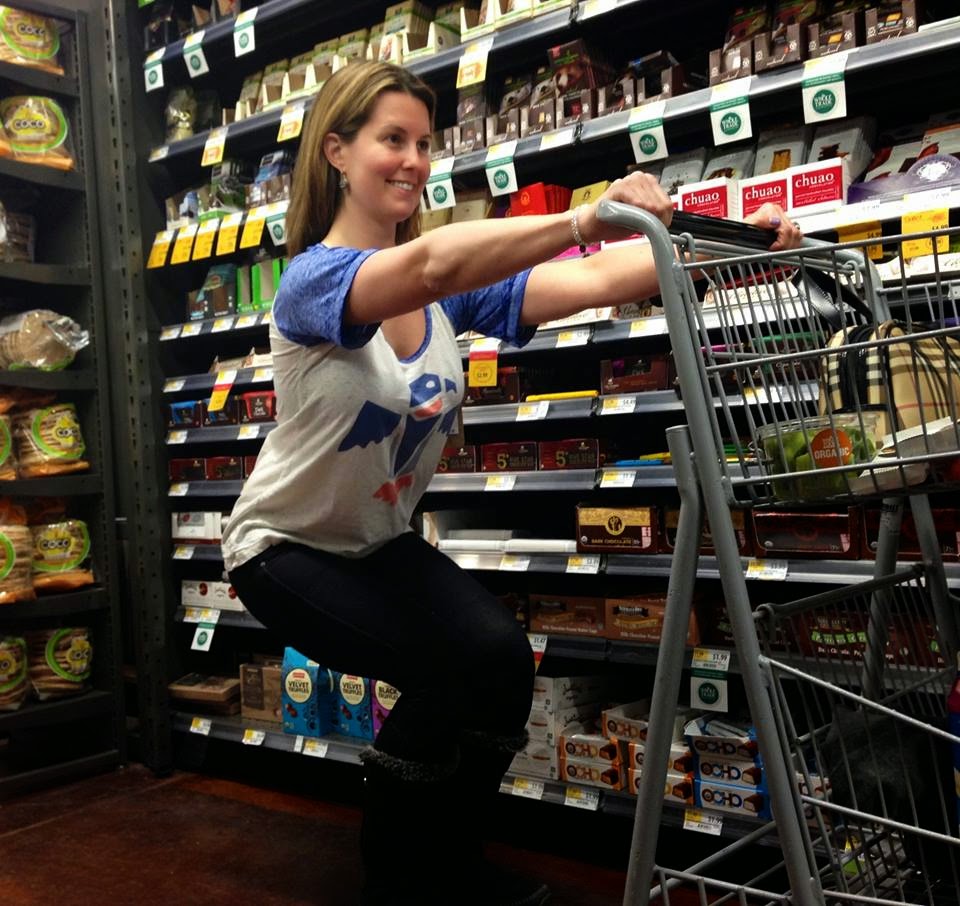 Can it be considered 'Chair Pose' when one is using a cart? 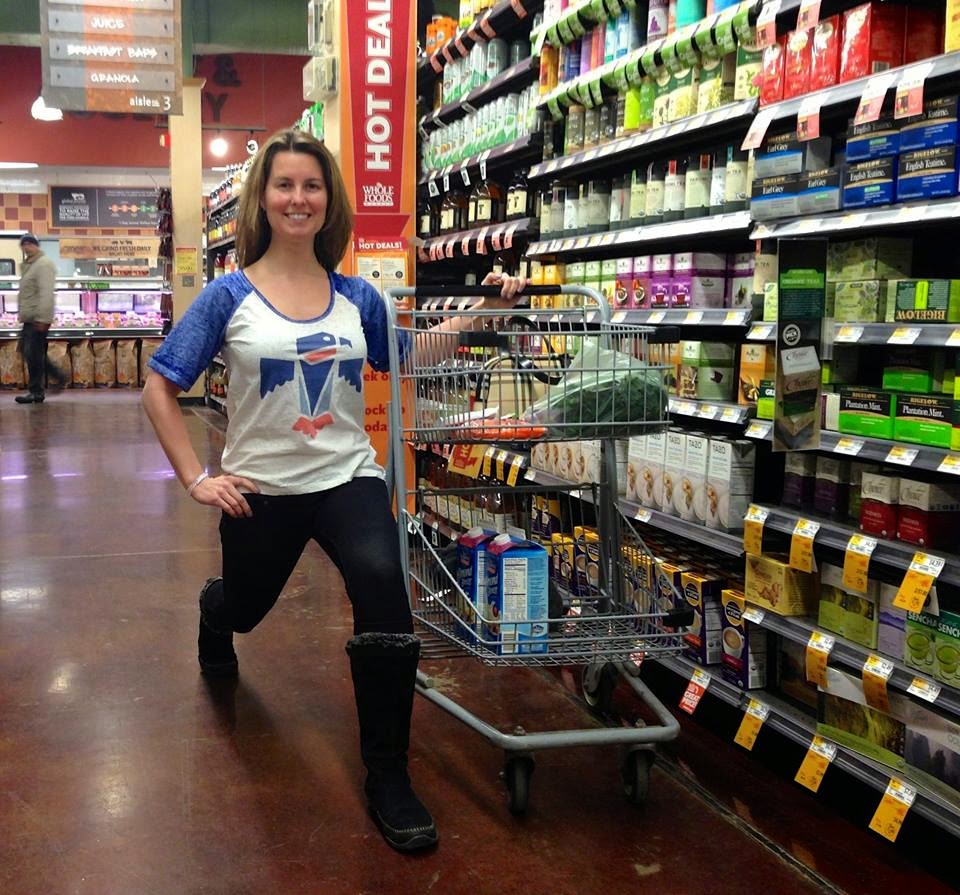 You all know I'm more like the guy at the end of the aisle watching someone like Bri. Except that I'd have pulled out my camera phone, and then made a snarky blog post about 'the weird woman at Whole Foods'.

She is. She's also a very sweet lady. I'm proud to regard her as my friend.