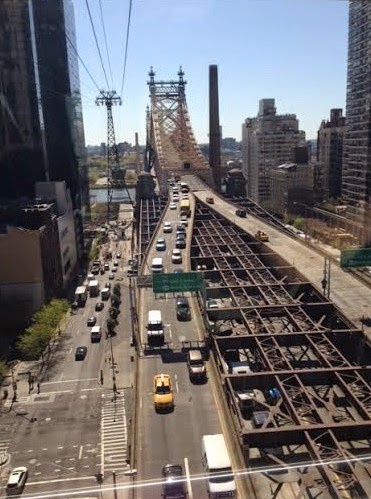 When in New York, we did one of those things we've never done before - we took the tram over to Roosevelt Island and to see Four Freedoms Park (of which I got no pictures)

For those who haven't been to Manhattan, or Roosevelt Island for that matter, might know of the tram from the 2002 movie, Spider-Man.  (and really - did they need to reboot that series so soon after that first trilogy?)

Since there was no Mary Jane on the tram (oh yes, I looked!), I felt fairly comfortable that the Green Goblin wouldn't try to plunge us into the East River.

But we walked down 60th towards the river and bought our tram tickets and took the few minute ride.  We did it mostly for the views of Manhattan.

For those who are afraid of the cable transport, you can take the F train. But you trade the overhead ride to riding under the river. Neither are a problem for me, but you'd be surprised the fears some people have.

There really isn't a lot to do out on Roosevelt Island, other than walking around and looking at some of the new construction (great views of Manhattan from the apartments there), the FDR park.....and the views. 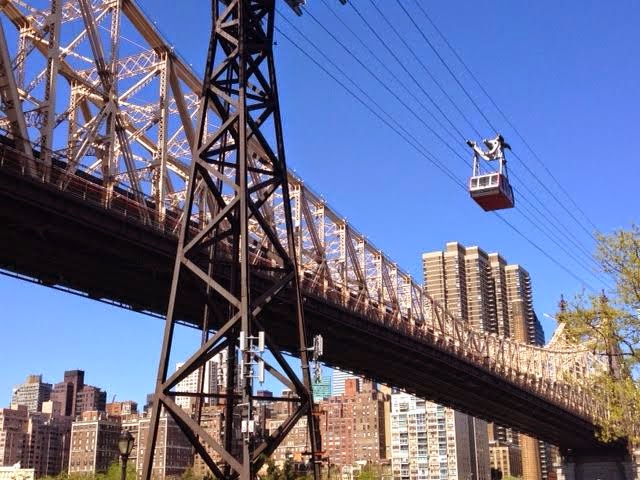 This is the 59th Street Bridge. Or the Queensboro Bridge. And that is the tram. Or one of them. You can see we had a beautiful day for this. 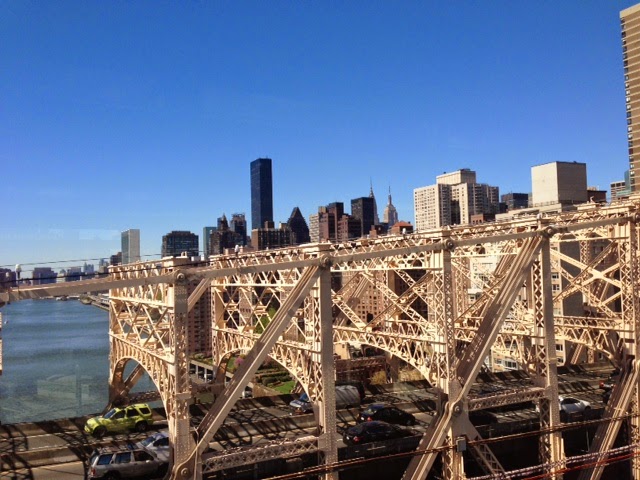 Traffic on the bridge and a view looking south. 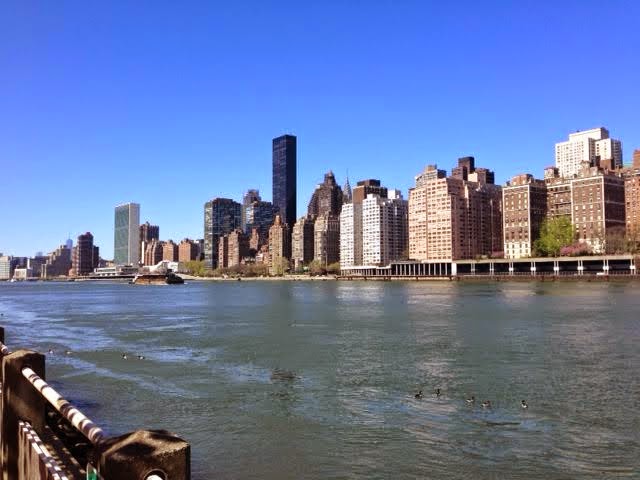 The black building is possibly the ugliest of Trump's buildings (and that is saying something). The more rectangular building, at the river's edge closer to the left, is the United Nations. 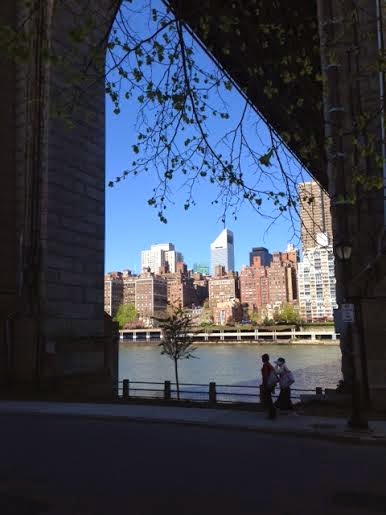 Under the bridge - looking at mid-town and the Citicorp building. 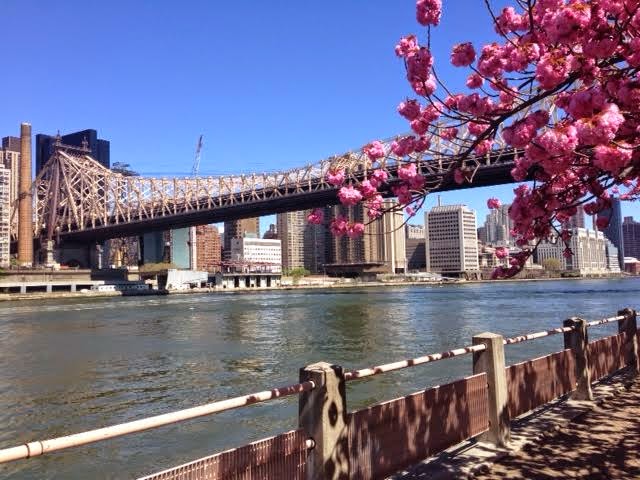 This was my favourite picture of the day. Good view of the bridge and the cherry blossoms were a nice touch.

And since we headed down to the Highline after this trip, we took the F train off the island.

nice pix! I would take the F train; the tram would scare the piss outta me.