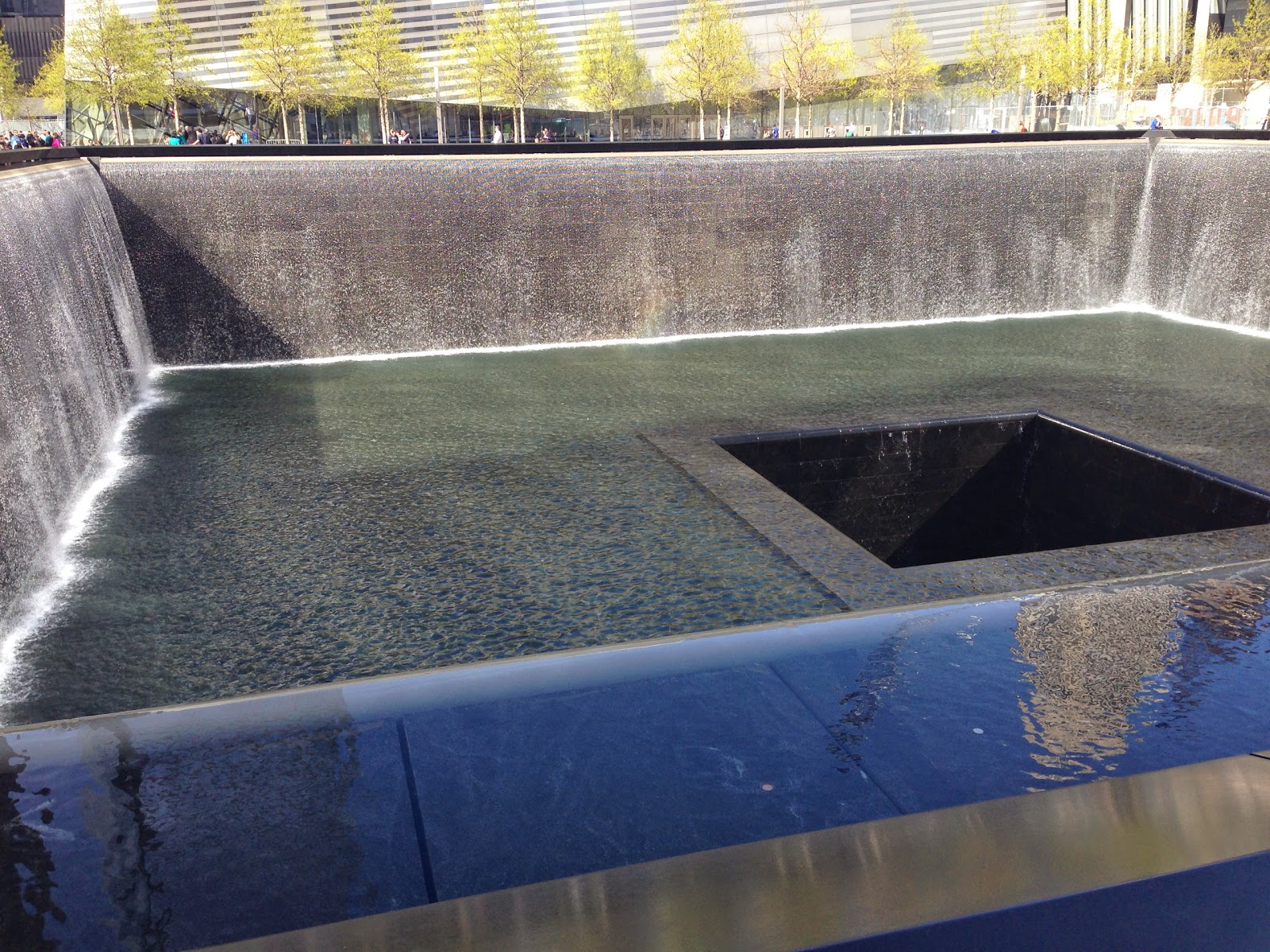 I expected something. Or at least something else.

The site has changed. Even since we visited three weeks ago.

I worked under the shadows of the twin towers. I saw the remains three weeks after they were brought down. I've seen the 9/11 Memorial and Freedom tower in various stages of construction over the last decade.

When we arrived for the finished Memorial, we were directed blocks away to obtain tickets if we wanted faster entry. Those without would wait hours. Even with, you went through a maze of ropes and lines, then metal detectors, all of this while being under scaffolding with wood planks.

In a mere few weeks, all that is now gone. People can now just walk up and into the site. No security checks. No tickets. No lines.

No doubt to coincide with opening of the Museum.

But then, we were herded like animals for slaughter. At least till you got onto the site. But while in line, people were talking, joking, laughing, taking selfies. Not me. Not us.

Coming onto a site that way, both 710 and myself later discussed that we lost something in the perspective of emotion. It just wasn't there.

I have been so interested in the design of the tower and the footprints that there wasn't much (ok, anything) anyone there could tell me that I did not already know. Not that guides were readily available for questions or direction. I actually had to use the 9/11 Memorial site app to locate Kit's panel number.

We had seen so many broadcasts and read so many articles on the design and construction, we probably knew more than any guide. Maybe that is why we felt so little. It actually took us weeks to admit that to each other.

People milled around and chatted. When 710 and I did, it was in very hushed tones.

I pointed out that people had thrown things into the pools, clogging the flow and disrupting the streams going over the edge. I was mortified. Apparently people throw coins in as well, as if it's a wishing well of some kind.

I used the time for remembrance: the stories I've seen, the tales I've read. All coming down to these two footprints. I don't know what others were thinking or felt. I wanted to care, but didn't.  Or couldn't.

I did flash back to the dozen or so times I've been to the Vietnam Memorial. It is so quiet there, you can hear a pin drop. I expected something more along those lines when it came to the 9/11 Memorial. It was not meant to be.

Perhaps it is harder in the heart of the city versus the Mall in DC, but I don't think so.

We expected to be down there a few hours (minus the wait time) but in reality we were done in less than one.

People are lazy. You entered at the south side of the South Tower and that's where people stood. Crowding. Pushing. Waiting for a view.

Walk to almost any other side, or over to the farther North Tower imprint, and you had complete freedom to walk up to the panels and to the pools.

I am glad we went, but I feel a tinge of guilt for not feeling more when being there. Maybe it was the combination of crowds and the way you entered that took away from the experience. I'm sure I'll be back. Crack of dawn or at twilight seems a good time for that.

That all said, I have always been impressed with the design of the footprints and pools. They are so aesthetically pleasing, at least to me.

I'm also a fan of the new WTC 1 building. 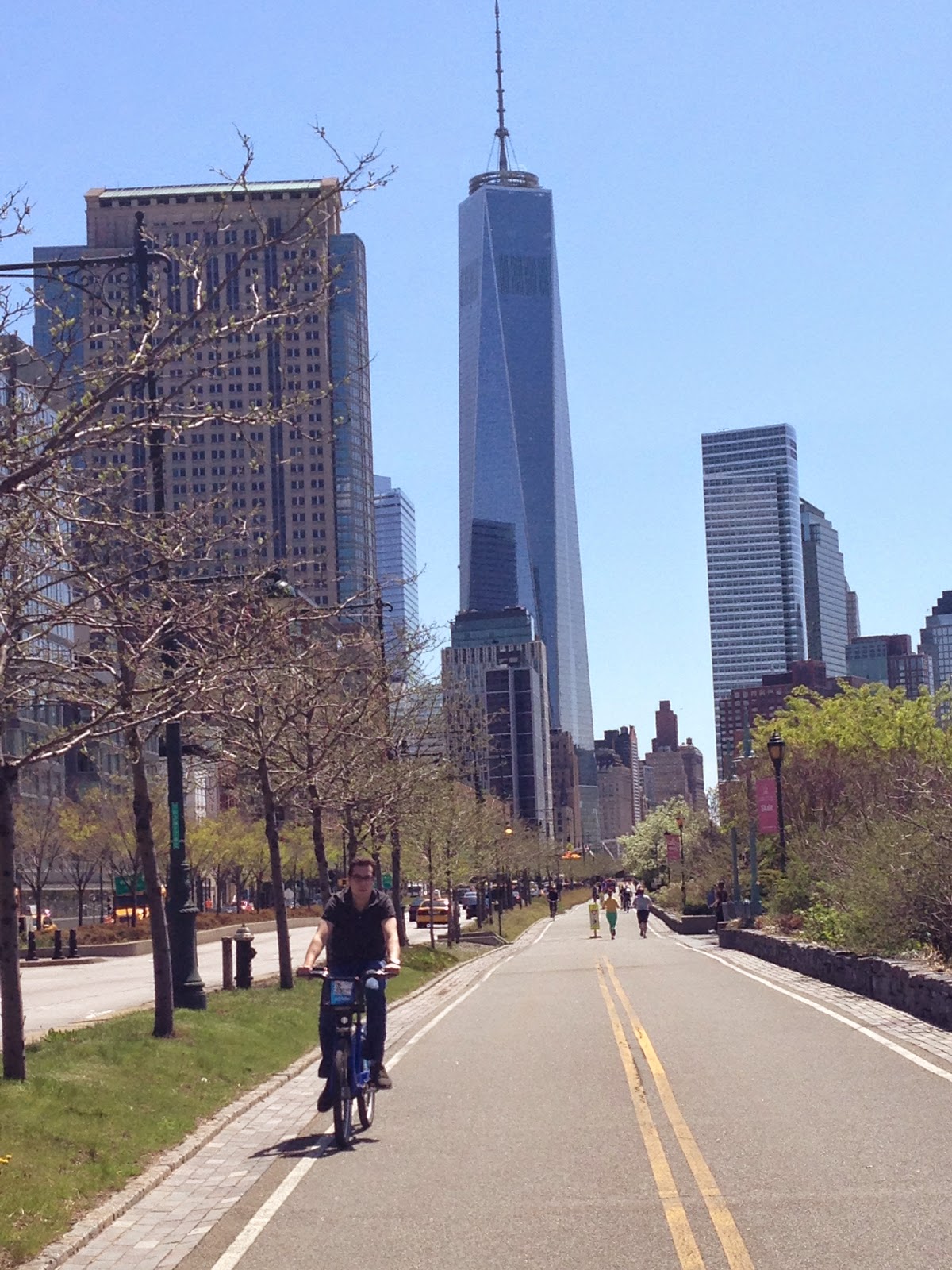 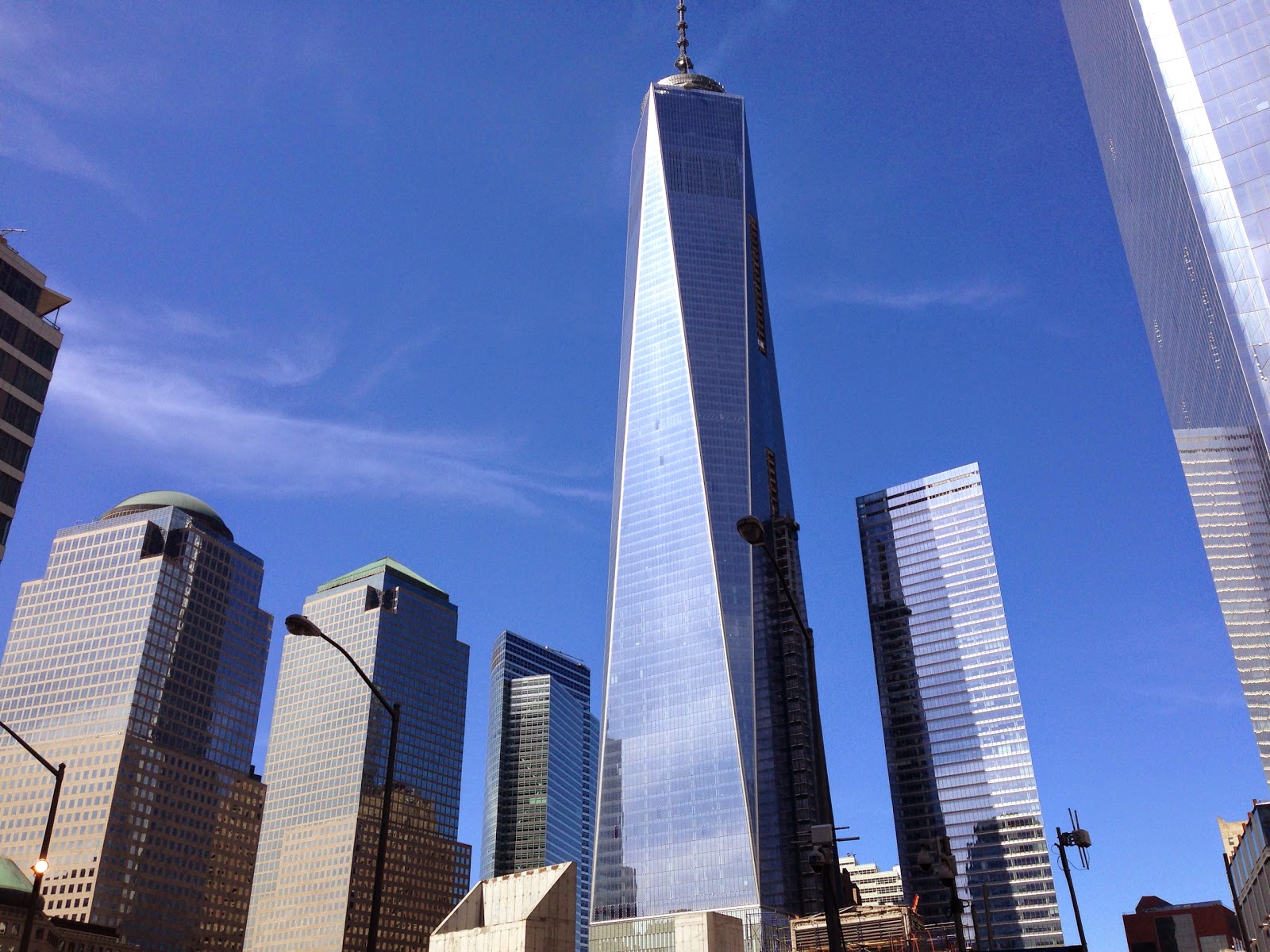 Song by: Jackson Browne
Posted by Blobby at 12:06 AM

I can't believe people throw stuff in there!
Amazingly stupid and insensitive!

That said, it's a beautiful monument, in my opinion, and I, too, love the new building[s].

It is a beautiful site, but I've never been able to see it personally. It would be very difficult, and I would want quiet.

I haven't been yet but my first thought about it not being quiet was 'nothing is quiet in NYC." When I went to the memorial in DC by the Pentagon,(I lived less than a mile from the crash at the time) we all felt very little.

That reminds me of the Oklahoma City National Memorial. A group of us went, and it was such a solemn experience. Nothing like seeing 4 bears blubbering like babies. Yet there were kids running around the place, and people laughing. It just didn't seem... right.