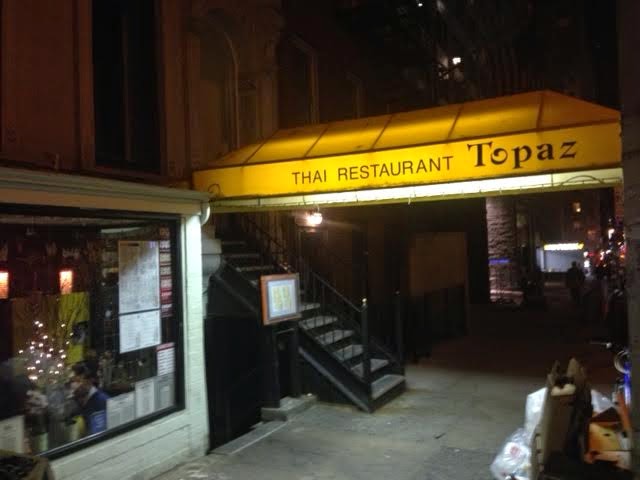 We like finding new places at which to eat when traveling.

710 and I have our old haunts when in NYC, and while we try to mix it up, one or two of them get hit upon each trip.

We have jointly decided that it might be time to retire at least two of them.

They need not go by name here, but with 83,974 establishments from which to chose, it is safe to say we can find replacements.

Our meal last night at Topaz was outstanding (they have no website - sorry).  Where else would one go on Cinco de Mayo?  Apparently lots of folks, as it was quite busy.

While 'topaz' is a precious stone, I don't believe it has ties (ha!) to Thai culture.  At least not specifically.

The staff were authentic Thai persons, and not 2nd or 3rd generation city folk.

It could go either way when your bus boy doesn't speak a syllable of English, but has a name tag that states his name is 'James'.  Doubtful.

Or the guy who brought the check has 'ATM' on his name tag.

And it could go either way when your restaurant is Thai, but the music playing is War's "Low Rider".

We started with weirdly formed packing peanuts with Thai peanut sauce. I have no idea what it was. But anything with peanut sauce is fine with me.

The spring rolls were small but great.

Both of our entrees were incredible. I knew I was in trouble two-thirds through the entree. I was stuffed, but I didn't stop eating. Or couldn't.  No - I finished mine entirely.  And then I finished 710's. Burning lips and running nose be damned.

We begged off of dessert there, but we so rarely order dessert where we eat.  Oh, we usually get something sweet, but later. Last night was no different. 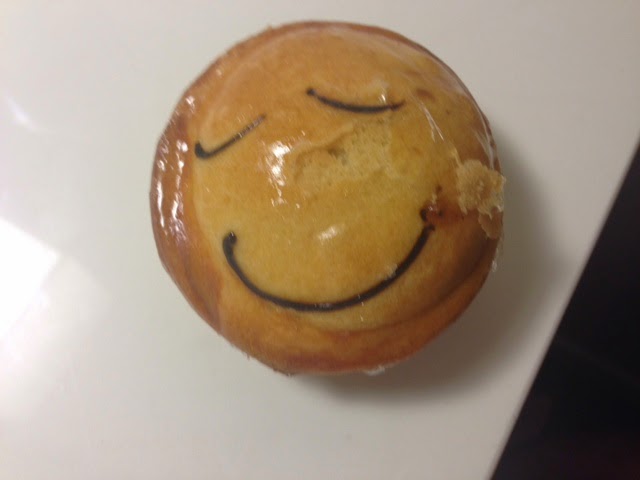 Both were good.  Next time I'll try their trio sampler.  And 710 can get whatever he wants.