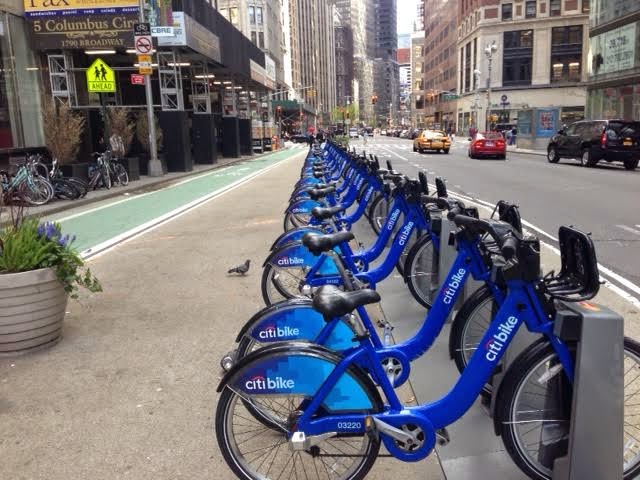 We have used bike sharing programs in Montreal, DC and Boston with nary a hitch.

The same cannot be said about Citibike in Manhattan.

What a piece of shit system.

Let's forget that there are no stations north of Central Park South.

Sure, you can ride anywhere you want, but you can't dock the bike as needed - or even get off it to do other things, since you can't park it.

And I think all but once, the codes that were given to us for use, one did not work.

That said, when they did work, riding in the city is great. I thought the same of Montreal, DC and Boston. It's a great way to get around, to see things you cannot, or won't always, cover on foot.

The first day was riding though Central Park. Unfortunately, six minutes into the ride the skies opened up and we were caught in the middle of the park with no shelter.

I immediately thought of the amphitheater on the promenade, but that was full.  Ditto with the tunnel near Bethesda fountain. 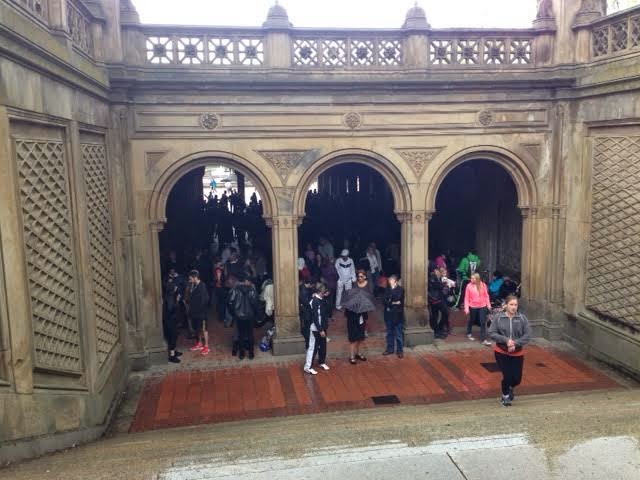 Apparently I wasn't the only one with that scathingly brilliant idea. We just ended up riding back to the docking station, walked back to the hotel and dried off.

The next day was a bigger ride. We were down at the Highline and needed to get down to Battery Park. After hitting FOUR Citibike locations before we found two functional bikes, we were off.

Mind you, the ride down the West St is pretty much a breeze and New York has done a great job with bike lanes. At least on West St, you're not battling vehicle traffic. Riding on major streets, even with designated bike lanes can be a challenge.  It can be a free for all, and for g-d's sake, watch the opening car / truck / taxi doors.

However, on the way back, we rode the all the way back to our Central Park location. It was a little challenge, as we weren't in clothes meant for biking that far and in the heat of the afternoon, but we made it work.

Of course, a few minutes into my ride, I found I had no first gear and second resided somewhere between 2 and 3.  Bother!

I still think the bike share programs are great, but you can see with mismanagement they fail.

One could argue that NYC is a bigger city and would have bigger problems, but I don't think they face anything that those other places we've ridden have not seen.

I hope it succeeds, but they're making it difficult.

What a great way to get around, though, if it worked.