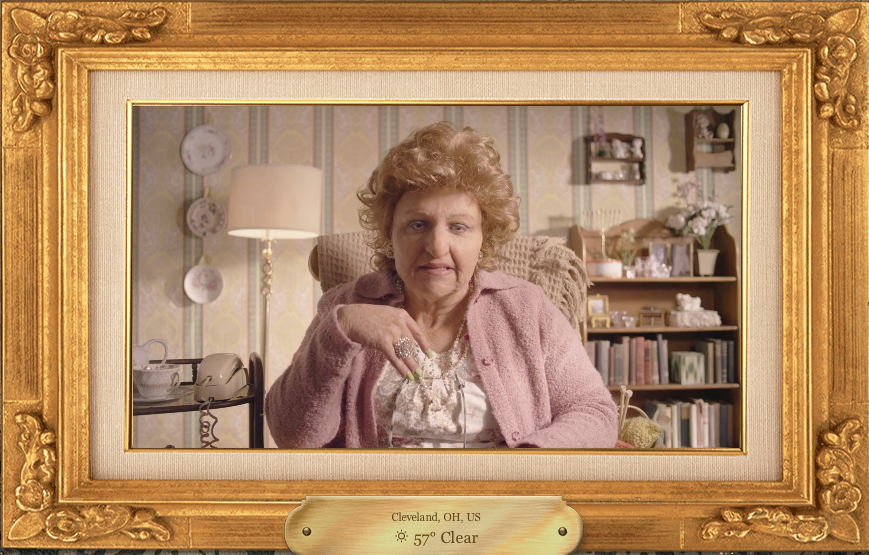 Everyone needs to know what it's like outside. So why not get your daily forecast  at WeatherFrom from a nice Jewish mother?

What's not to love?

I check it daily, but just to hear her, I might type in other cities to see what their weather is and what story they might be hearing.

I also do the Random Forecast too.

Of course, "Gigi", the Jewish mother / grandmother isn't actually a mother or grandmother.  Or even a woman. Though he is Jewish.

"She" is David Krumholtz. If you look through his IMDB profile he's been in a few things, most of which I have never seen. I remember him from his brief time on Newsroom (as Will's therapist), but I don't remember him from Serenity at all.

For the most part the forecasts - and stream of consciousness talking - work. There are a few times s/he goes 'blue' and it's out of character and honestly, not needed. That part is for slight shock value and add nothing to the humour of the bits.

S/He has the moves down though, I love the shaking of the hands when s/he talks.

It's good for a laugh, though there are only 30-some pre-taped, so depending on your weather you might seem them all in a brief period of time.

Or do what I do, just type in other cities where you know the weather is extreme to see what goes on.
Posted by Blobby at 12:06 AM

OMB, she does philly! thanks, blobby!