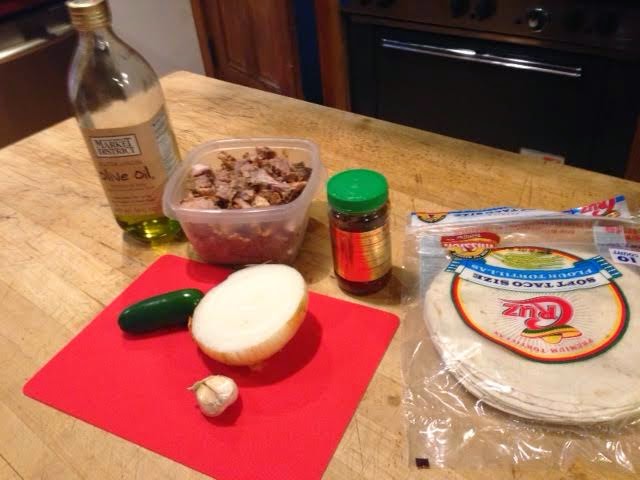 Over Memorial Day my mother had us over and served ribs. They were ok, but you know, it's pork and it had little flavour. I would say the flavour comes from whatever sauce you slather on the outside and then char a little.  Not that I'm complaining.

She sent me home with quite a few extras since two of my sisters and their families didn't or couldn't show. But reheating ribs is usually a futile endeavour. So I repurposed the meat. (and yes, I've been doing that since I was 12......laugh away.)

I stripped the meat from the actual rib, leaving on whatever sauce my mother concocted.

With a tablespoon of oil, I heated some chopped garlic (1 clove), onion (eyeballed) and jalapeño (one half, seeded).  I also added 1/2 teaspoon of sambal oelek.  Then in went the rib meat, maybe half a pound, just to heat through, as it had already been cooked. 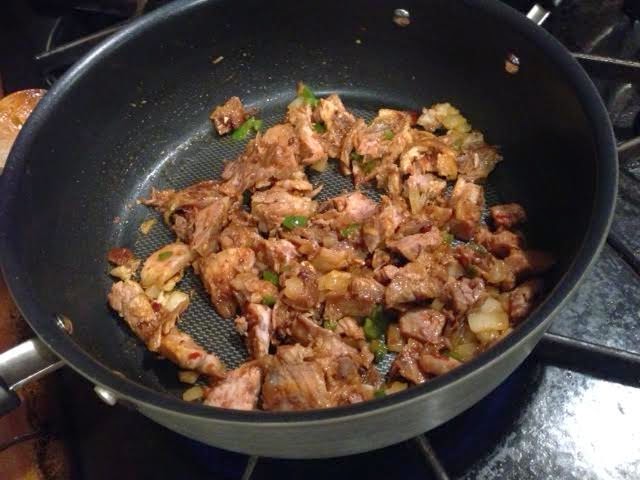 I wanted to add a chipotle, but had none at home and too lazy to run to the store. I probably should have though. The adobo sauce would have provided the little more liquid needed.

Perhaps it is my always adding chilies, hot sauce or red hot pepper flakes to my cooking, so maybe I've acclimated to heat - but the sambal oelek and jalapeño, while providing some flavour, added no discernible heat.

Perhaps I should have added the hole jalapeño and another 1/2 t of the sambal oelek, but I didn't.

Don't get me wrong, the flavour was good, but I was going for heat too.

So, we threw some tortillas on the burners...... 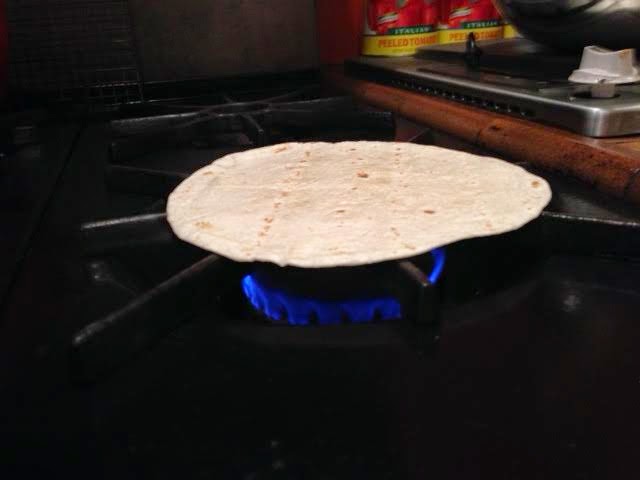 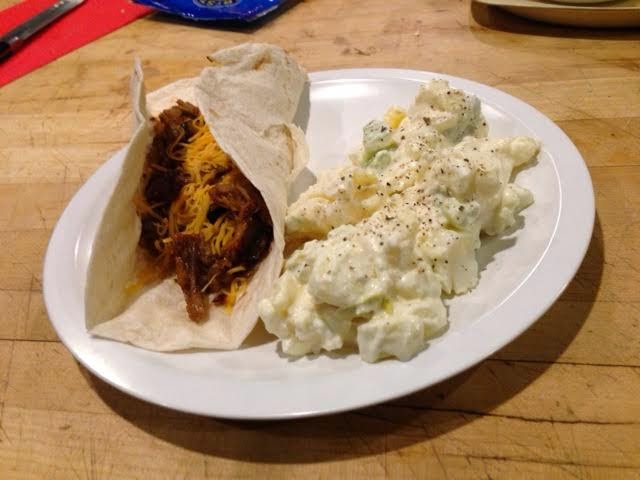 The half-pound of pork (I still have another half pound left), made us two tacos each.

I had left-over potato salad with mine. 710 had my mother's baked beans.  Yuck. I'm really not a fan - and by 'really', I mean 'at all'.  I almost gagged having to dish them up.

...and oddly, it was I who tooted later in the evening, and without eating the magical fruit.  Oh, the irony.

I would say this was simple to make (and it was), but my mother did the heavy lifting with actually cooking the ribs. Though I would say for me, the most time consuming part was taking the meat off the bone. Chopping took no time, nor did just reheating the pork.

...and it was done all in one pan, so, clean up was easy. Maybe I'll get a chipotle and do the rest for another meal.

spouse will take leftover pork roast, shred it, add veggies and spices and sauce, and turn it into a bbq burrito. farting guaranteed, no beans required.

Unknown said...
This comment has been removed by a blog administrator.
9:39 PM EST