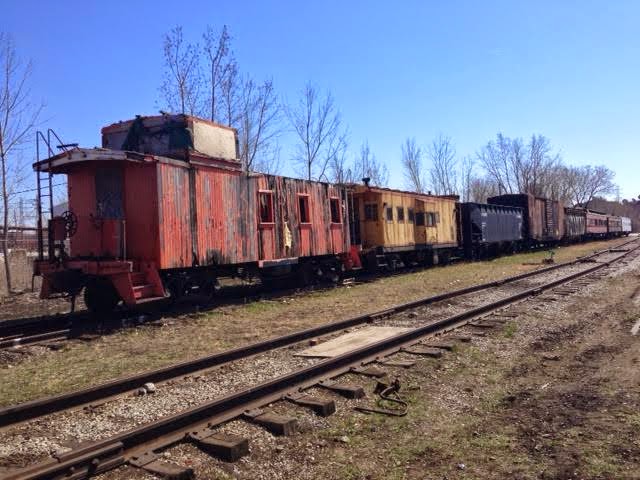 Last Saturday 710 and I went down to the B&O Railroad Roundhouse in the Flats of Cleveland.

Yes, it is was exciting as it sounds.

I'd say Meredity's brother would have loved it, but I'm not so sure. I thought 710 would, which is why I took him.

I was kind of bored in 10 minutes. I think 710 was a little more excited for a little longer of time.

For me, Museum Fatigue set-in early.

While I thought it was a B&O event, it was really just run by a bunch of local train enthusiasts.

I'll let you think about those last two words for a moment before going on.

Ok. Yeah 'train enthusiasts' might be the kings of Nerdom. And yes, that kingdom was large to begin with, so you see the seriousness of their geekiness.

And yes, before you ask, our tour guide did have on Choo-Choo-Charlie Conjunction Junction clothing.

I was the one to push 710 to go. For those who don't know, his grandfather (also named 710) worked on the B&O all his adult life. His short life - as he passed away long before 710 was born.

But there are family stories of family sitting on the hillside watching the trains come into town, knowing that the elder 710 would be home soon. Or him throwing off coal to the poor as they passed by their towns.

And of course, we have the stories of his wife making curtains for the caboose on which he live much of his life. 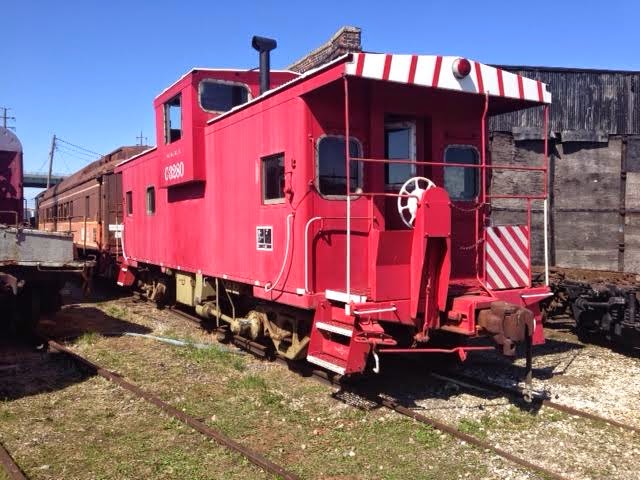 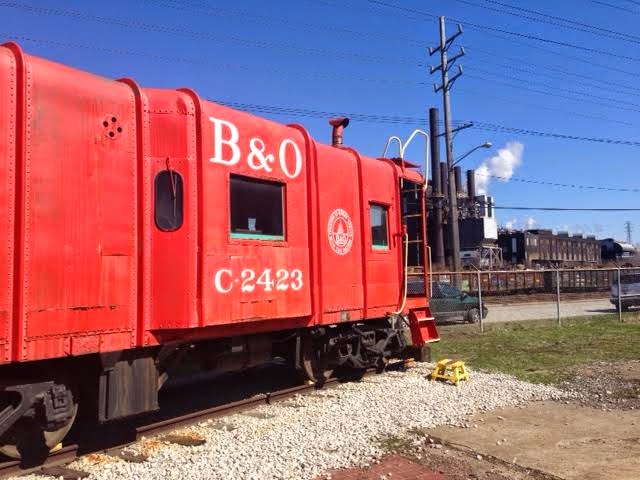 I believe his caboose looked similar to these two. I know it had a 'bay window', which was a certain type of car. Not all cabooses had that.

My fatigue wasn't helped by the weather. Oh, it looks pretty, but it was cold. I just wanted to go sit in a warm car. An automobile one.

I did learn one thing though. The Roundhouse sits next to Conrail's lines currently, where there were parked cars. Our guide told us about these.....but you have to look closely. 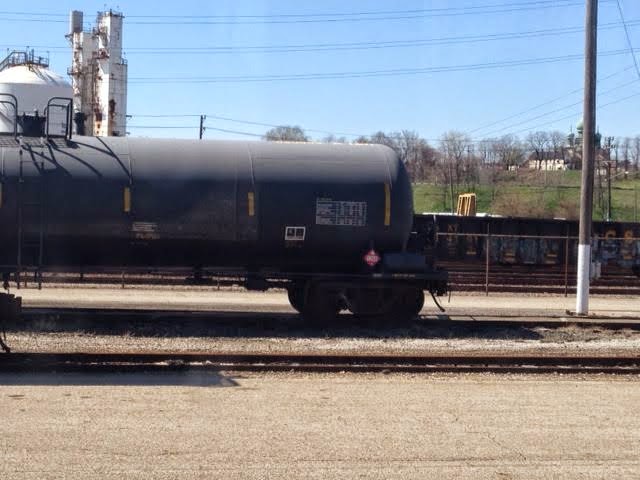 That red triangle we all see with a number in the center - like 1080, or something?  It has a meaning.

At first I thought it was a car number or such, but no, it is in regards to whatever is in the car itself. If the car derails, that is the number of feet one should be away from said car, like 1080 feet, due to the contaminants. And each product probably has a different number. But that's how they base evacuation proceedings too.

Actually, our guide said, that's how far you should "run" from the train.

Of course, I figure by the time the train derailed, possibly exploded and was on fire - would I have to run up to the car, find the label then run away that far (assuming the label itself wasn't destroyed in the crash and burn)?

We didn't cover that. I though about asking, but there were any number of dumb questions being asked by people who came out like us.

I figure I might not have gained Good Husband Points (redeemable for nothing, I found out), for taking 710 to this event, but I didn't lose any either.

I worked with many "train enthusiasts" when I worked for a "railroad." Someone I worked with affectionately called them "foamers" as they would nearly foam at the mouth when talking trains. And it's easy to get sucked in. I was a foamer in training. But I escaped before I went "all aboard."

they lied to you guys about that/those numbers....

B. Good Husband Points should not be redeemable for nothing. Ask 710 to review this policy.

I have real TRAINSPOTTING friends...I could never do that.