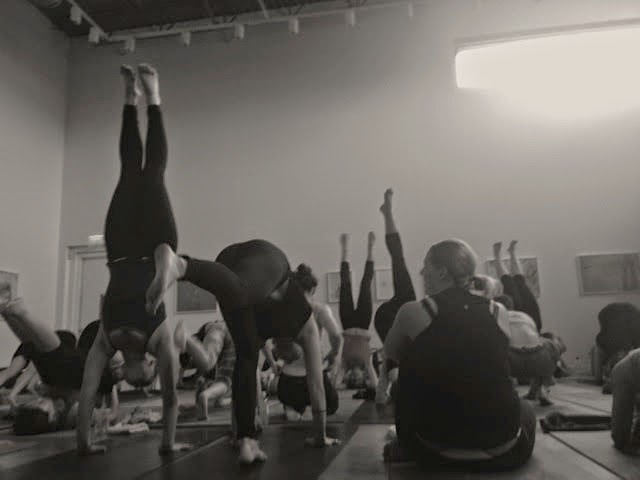 ...went the music as David and I walked into Transformer Station for a community yoga class last Saturday.  (yes, another yoga post!)

This was not the meditative music of some yoga classes. This wasn't even the folky, artsy female artist or the fartsy redone versions of old New Order songs or a lullaby version of "Thrift Shop" (no, I"m not kidding).

Nope, this was full-on House music. I wanted to go to this practice for a number of reasons. 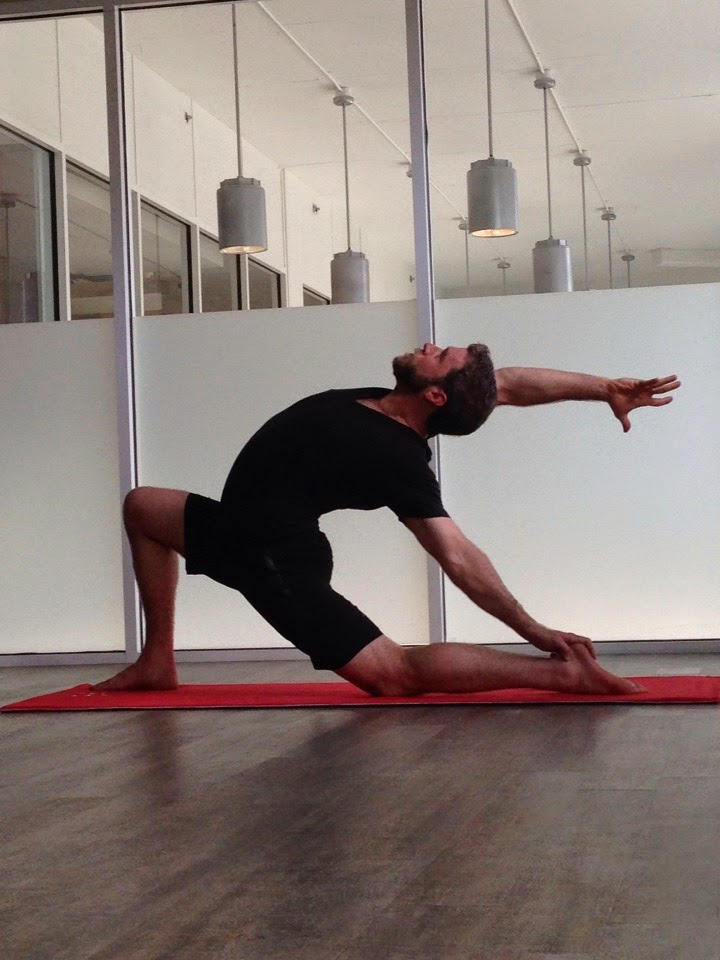 I could have provided you his last name and even hyperlinked him, but I don't know what you people would do with that information, so no, you're not getting that 4-1-1.

Scott is not hard on the eyes, at all. As a yogi, he has a great form and a great practice. But honestly, the real reason I wanted to go to his class was he provides a killer workout. And it was free (never underestimate 'free').

As much as I was sweating in Insanity last week, you could double that for his 75 minute session a few days ago.

While we were the first ones to arrive (and without signing up, which we didn't know we had to do), the music was thumping playing. We said 'hello' to Scott and I might have said, "it's like I never went home last night".

Then I might have asked him if he knew where I could score some coke.

At least he laughed - at both comments. It could have gone either way. But honestly, the music, while more current than the gay bars/parties I used to frequent (and recreational pharmaceutical comment), took me back to some days/nights/back-to-day of my "youth".

Mind you, we arrived only 15 minutes before class, but again, were the first folks there. People were still coming in after class had started - and we even started 15 minutes late. It was packed. But these folks came to this place because they knew where to sign up (and that they had to) and let's face it, they were Ohio City Hipsters.

One in Cleveland is defined by if you're an eastsider or westsider. It's very odd.  Since Scott teaches on the east side, I can almost guarantee you that no one ventured over 'to that side of town' to ever know of Scott, his studio or his style.  I would say many eastsiders venture to the west, but few go the other way.  Cleveland is weird that way.

Halfway through the practice, I looked around and determined that David and I were the two oldest people there. And since I'm older than he, that made me the fucking oldest person in the room. Bummer.

Three minutes into an already challenging practice, David turns to me and says "only 72 minutes to go!".

Honestly, we worked so hard, there was little time for our normal "two drink minimum comedy routine".  Yet, I went for the more difficult workout and got it. But I pushed myself too. I find in the harder classes, instead of modifying just to get through it, I challenge myself to more, harder or better. I don't know I succeed, but I feel like, on some level, I do.

We signed up for this upcoming Saturday's class, but we have no idea who is teaching.  I'm looking forward to June when they plan on practicing on the roof of a 5 story loft down the street. That should be fun {no sarcasm, honest}.

I'd say Scott is hot. I would go to his class just to look at him. I bet he always has a full class.

Yes, I too would have difficulty focusing rather than ogling.