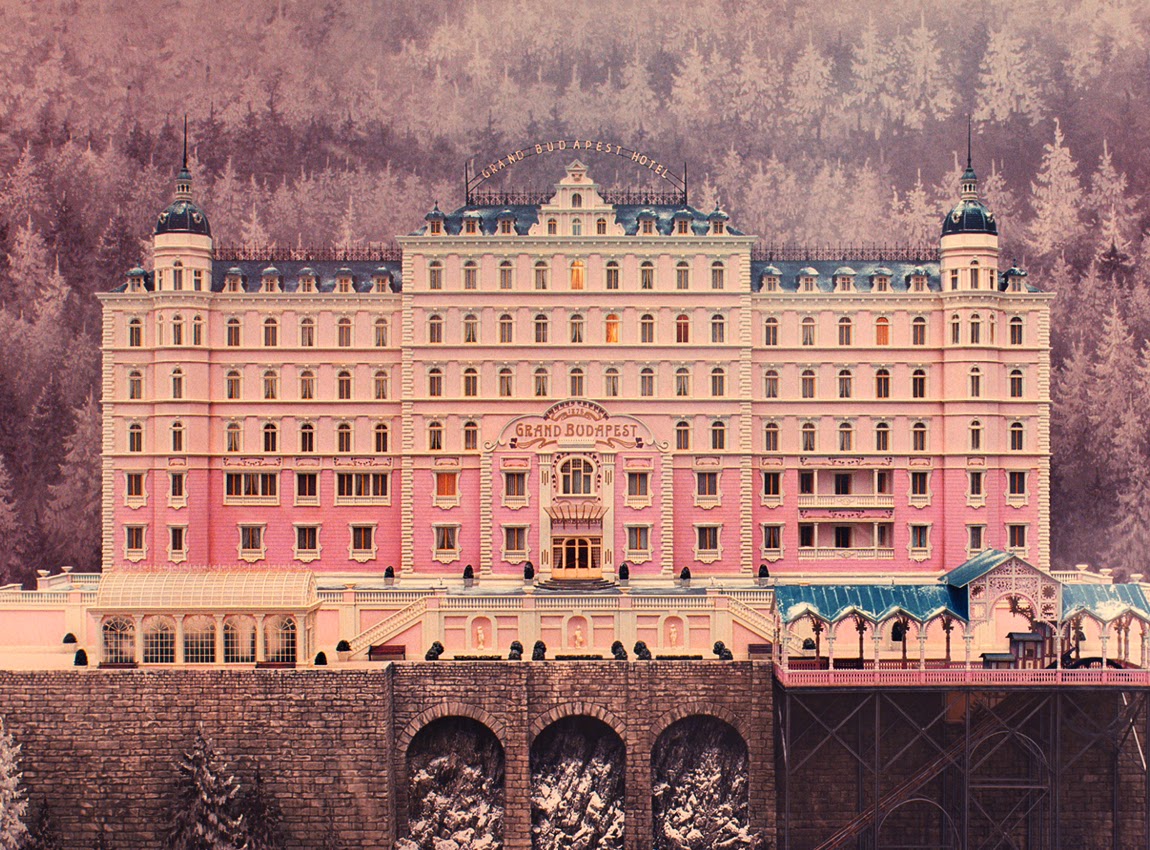 I've said this year after year, but this time I really meant it:  we are woefully behind in seeing our movies this year.

710 and I originally agreed, on our way back from the flick, that we would not make the goal of 12 movies in 12 months.

Of course, the next day, while walking in the West Village, I said, 'well, if we see two a month going forward, we can easily make the goal'.

At least in theory.

710 got to pick the movie this time. Before their releases I'm all about 'let's see this....or that'.  After they come out, I seem to love interest immediately. I'd love to know what psychological phenomenon plays into that process.

So, so long Captain America or Divergent. Catch you on HBO, I guess.......

But 710's pick was the Grand Budapest Hotel.

I'm not the biggest fan of Wes Anderson movies. I feel he gets way more praise than he deserves, but I never claimed to be high-brow or student of film.

Like most of his other movies, Anderson has his recurring cast members with Budapest as well:  Jason Schwartzman, Bill Murray, Bob Balaban, Owen Wilson, Tilda Swinton (wonderful in her small role), Harvey Keitel, Willem Defoe and Adrian Brody.

...and I think I speak for everyone when I say that we can call be grateful that Ms. Paltrow didn't make an appearance this time.

Finnes did an exceptionally good job, as did the kid (?) who played his protégée.

Still, the movie was just so-so.

The movie moves into farce mode, which is always ends in so-so results in the best of hands. It's not like anyone is topping A Day at the Races.  It ends up better than being a Scooby-Doo episode, but not as good as the Marx Brothers.

Honestly, if it weren't for Swinton, Abraham (very understated), Fiennes and the new Lobby Boy - I think the movie would have failed.  Fiennes almost carries the movie by himself.

Oddly, I had told both 710 and my mother this was a sequel of some sorts. And I know you'll think I'm crazy - and perhaps I am - and perhaps I dreamed it all, but I swear swear swear I saw a movie like this (on cable) years ago.  Right down to Fiennes' character's mannerisms.

I know I had seen no previews of it, so it was not that - so I don't know where or how this crept into my psyche, but it did. I often dream in full television episodes that have never happened, so it is possible. But usually with those, they are an existing cast and show. This dream would have been a future prediction.

But critics love Grand Budapest Hotel. Metacritic and Rotten Tomatoes have given it high numbers. Reviewers have dumped praise upon it and Anderson himself - as they usually do.

They like Wes Anderson a lot more than I do.

I loved it. Would love a copy of the portrait hung to replace Boy with Apple.

I loved it, too, and not just for it's Lack'o'Paltrow.

I think the quality and types of movies that have been released in 2014 have more to do with your lack of movie going more that any other reason. Maybe the rest of the year will be better.