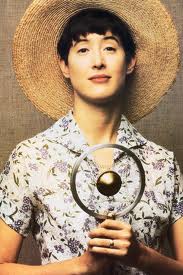 I am really really bummed about Michelle Shocked.

I made her a My Music Monday selection about a year ago, and I've been listening to her since the frickin' '80s.

But the other day, at a San Francisco concert, she announced during her second set:  "g-d hates fags and you can tweet that I said so".

...and the promoter cancelled the rest of her set, as did the folks at her concert in Evanston, IL.

Good for them.  I'm hoping other venues cancel her too.

Back in '94 with "Come a Long Way" Shocked sang, "I drive by the plaza where the gay boys pose / stand in their window wearing no clothes".

I suppose it doesn't mean she approved of the naked gay window boys, but also doesn't mean you have to sing about them if you don't.   (for the record - and Morty, Dith and Becca can confirm - during a Gallery Hop in the early '90s, I would have been one of those window boys, though in red underwear, no naked.)

I would say after her Kind Hearted Woman album, Shocked became a born again christian and her disks became a bit more focused.  Her fan base became more focused - and smaller, not that she was ever filling stadiums.  I stopped buying her disks as they no longer spoke to me.

Yet to be calling yourself a christian and spewing hate just fucking sucks.  And in San Francisco?  Really??

So, now I have like six disks of hers that I love but no longer feel I can cycle through anytime soon.  Selling them doesn't hurt her at all, as she already got my money.

I would like her to apologize, but if you Gooooogle News her, you'll see she has already done follow-up tweets, all of them justifying her statement.  There's not even a faux-retraction.

What a waste.  What a wench.

.....and what an unexpected below-the-belt punch! Yukky woman!

That does suck. On the bright side, maybe NOM finally has a musical act that won't pull out when they discover what their "march for marriage" is really about.

what on earth made her do this? is it all just zany publicity? I can't imagine her being adopted by the Right.