Don't Fence Me In

I think it's been about a year since we've had one of these - another accident that makes it into the yard. Or almost into the yard, that is.

This time, a city owned fence stopped them - kind of.

I was working at home and heard nothing. While I don't really notice the traffic noise, I tend to hear the lack of traffic.  So after a bit, even with emergency vehicles (which are a common occurrence) it wasn't until I didn't hear cars moving I figured something was up.  ...and it was. 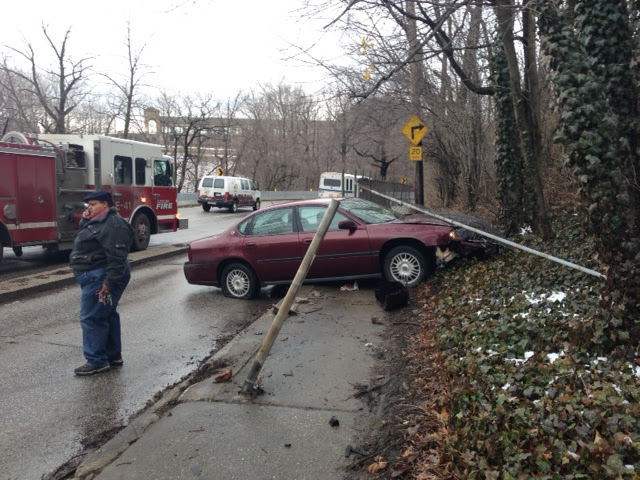 I'm not sure how she made it to where she did. It wasn't across the normal path that the other vehicles have taken into our yard. 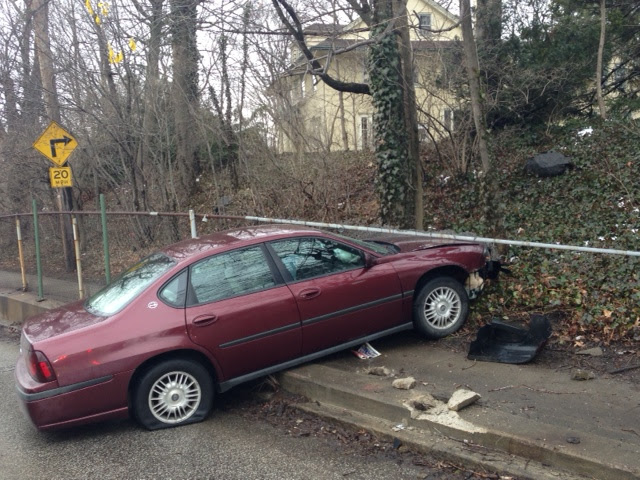 I like the chunks of concrete they took out of the sidewalk.  If you look down the sidewalk, you'll see some green poles - while not super important, it helps with the story. 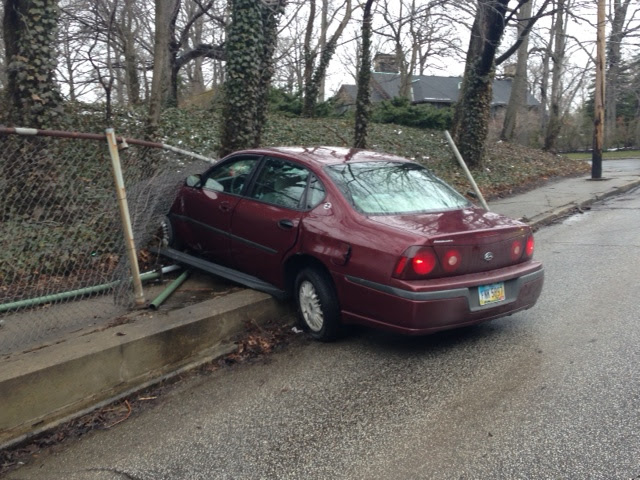 As you can see, the "drive" (and I do use that term loosely) did major damage to the rear axle.  Oh, and the front of the car.  They also took out portion of the fence.  It's not our fence per se, but belongs and its "maintained" by the city.  I put that in quotes because it was clearly on its last legs anyways.

But those green poles I pointed out. The city started installing those to erect a new fence.  I suppose we should be grateful this lady didn't take down or hit the new fence. I say that because, it would make it look like the old one immediately and they'd still take another 20 years to replace it. 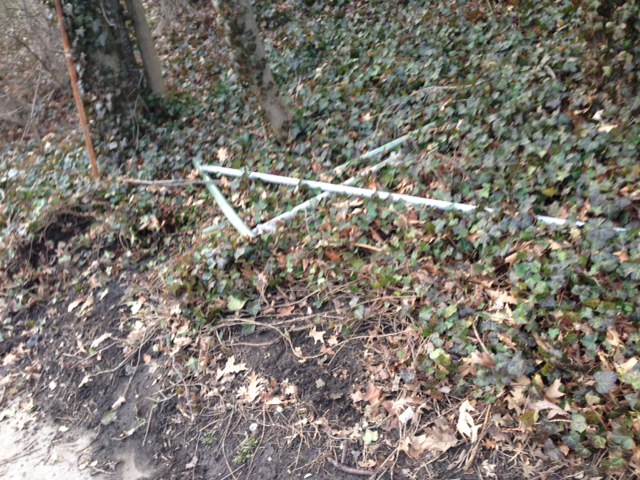 I went out hours later expecting to see car parts there - and they probably are, but right now they are overshadowed by large fence pieces.  No one is going to remove those.  I guess it will be up to us.  Blerg! 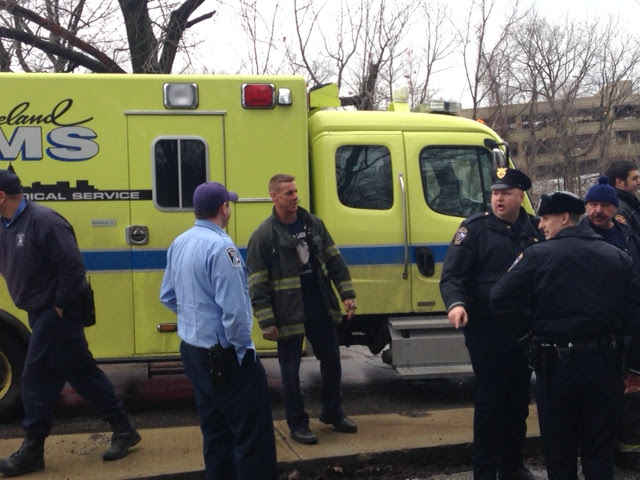 
Well, we'll see how long before the next yard accident.  Amazingly no one was injured. And I don't mean the drive because I don't care about them. But you should have seen the people on the sidewalk trying to make it up or down the hill and blocked.  Like the lady with the double stroller.  Can you imagine if she was a few minutes later?  There's be three bodies in our ground cover!

You really should consider setting up a camera outside to record that area. Just to catch some of these beauties in action. Then post them for all of us to see!

I admit it; I enlarged the pix. not too shabby (said in an adam sandler voice).

sounds like you need 6' tall solid steel panels around your yard to keep the cars out!

Are you running out of song titles to use for these events? Exactly how many cars have ended up in your yard anyway?