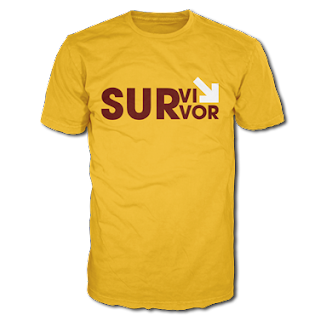 I am sorry to say that I get annoyed at those specials and telethons that take over the airwaves - and I mean every airwave.  I don't want to pay extra for HBO for the same thing I can see on the WB.

I have nothing bad to say about StandUp2Cancer, because let's face it, I know first hand how tough it is and can be.  ...and it would make me sound like a heel to say anything else.

But I don't see why anyone thinks that having to watch Coldplay perform will make me want to part with my hard earned dough.

Sure it's great they're raising money for the disease, I guess........but it's Coldplay. Haven't these cancer victims suffered enough?

Personally, I blame Osama bin Laden and Jerry Lewis for these shows. The latter for all those crappy crappy MS telethons and the former for the WTC fund - which I would LOVE to know where that money went.

For the settlement that was given to the 9/11 victims families, equal monies were taken off from the government award if they received other donations. I'm assuming that telethon donated monies to somewhere.

But as those immediate days after 9/11 passed and we sat and watched Julia Roberts ask you for $$$, I was on the phone with Becky and she had me laughing for the first time since that day, when she called and opened with, "I don't know I feel about giving Al Pacino my credit card number".

And I'm good about trying to give to the right charities. Morty did his cancer bike ride last month and I shelled out for that. I'm always proud of him for that event and happy to contribute.  ....but something about these massive telethons bugs me in how they manipulate people to contribute.

Sure, the end result is that more funds go to research and treatment - allegedly.

In a way, it'd be fun to have a Survivor t-shirt, but the design is so f'ugly - and it looks like my left armpit survived cancer. And I have always felt weird about being a survivor. It seems boastful to say it and almost disrespectful to those who did not survive.

I know - I know, people will tell me otherwise, but for me, it just seems uncomfortable to say, let alone walk around with a t-shirt telling everyone.  But there should be more survivors and if talking about it brings exposure to the situation, it can't be all bad - you just have to answer a lot of questions, and maybe that is the weird part for me.

But I did not stand up to cancer last night. I sat on my hairy ass, nursed my cold and watched whatever was on the DVR.

Song by: the Pet Shop Boys
Posted by Blobby at 6:47 AM

Most people get more sarcastic when they write when they're sick - not you.

In our cancer bike ride some of the fellow riders will have 'survivor' on their jerseys. Nothing more inspirational than riding next to one of them. It really brings the whole purpose into focus.

I too am dubious about 'survivor'. I can't quite put my finger on it. I suppose it has something to do with the 'war' mode or 'you vs. cancer' like it is a battle. The metaphor doesn't appeal to me.

Cancer charities are already well funded. I will support the less socially acceptable conditions like HIV or Fondue Forks for Namibia. I wish people would ask questions like, how many millions does a non-profit like Livestrong pay Lance Armstrong?

I grew up spending Labor Day with Jerry. He should be commended for the his achievements in raising funds for a charity that previously had little or no public awareness but the event itself became a little too 'cult of personality' for me.

I donate to the health-related charities that have affected my life or the lives of those I love. About half the annual giving from Casa de Harper goes to arts organizations. In those cases I guess the organization is the survivor.

Yeah, I don't know about that shirt. First, the color is hideous. But that design would have the arrow perched over the one breast that DID survive on me. Nuh-uh.

I check carefully how the charity spends its money before I hand it over. That's why Jerry Lewis won't get a dime from me: MD has one of the poorest records for actual spending on research. The one fundraiser I'll always pry open my wallet for is AIDS. I usually give to our support center where I volunteer. Then it relieves me from having to watch any telethon.

I kind of have issue with a lot of the big charities and "not for profits" out there. If you get a copy of their operating expense report, it seems that for a lot of them a great deal more goes to paying their staff than to any research or community help. And that bothers me.

My GOD am I funny!