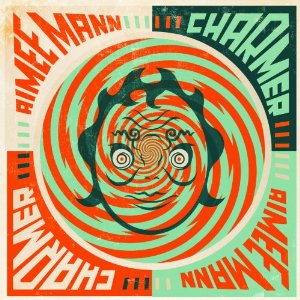 I am so much more pleased with Aimee Mann's new album, Charmer. That is, more pleased than I was with her last album.

Save 3-4 songs on  @#%&*! Smilers, it was, to me, her weakest album. I never said it was a bad album, just not as strong as some of her stellar disks. I know I have gotten push back on that from at least one reader....but I stick by my opinion. They're like assholes, you know.....my opinions that is, not my readers.

Mann has always been very consistent in her writing, producing and playing. You will see her mix it up with a more acoustic sound, or then go back to a synth vibe for a record, but for the meat of her music, she doesn't stray too too much from what she's always done as a solo artist.  At least this time there are a few twists that I haven't seen since maybe the Special Edition of Lost in Space.

"Charmer" is a stellar first cut. The vocal arrangement and phrasing is just great.  The second release, "Labrador" might have a fun(ny) video, but a song about your dog fetching sticks - metaphor or not - just didn't do it for me.

I am a big fan of "Gamma Ray". It is one of those twists I mentioned earlier. I like the rockier aspect, which you don't always get to see from her at this level. Ditto with "Crazytown" - maybe not as rock oriented, but somewhere between rock and pop - and liking the almost Arcade Fire-like electric piano opening (seriously, listen to their "We Had to Wait").  "Gumby" is a truly '60's pop confection song - and I don't mean that as a bad thing.

And "Living a Lie" is a very well done duet. Save a song or two with her husband, Mann doesn't do true duets and the blend of her and James Mercer's voice is a good match. Again, the vocal arrangements really work. I don't want a full record of duets from Mann, but she should try it more frequently.

"Red Flag Diver" doesn't start off strong, but hey, it is different than most anything she's done and that's an ok thing. I have total respect for exploration, but the bridge does have a vibe that she already explored on The Forgotten Arm. ...and is it ok to like a song for the background vocal arrangement more than the lead vocal ("Soon Enough")?

Most bonus tracks are usually toss away tunes, but I'm liking "Brother's Keeper" (iTunes download only, I think.)

Yes, Mann falls into all to familiar territory ("Disappeared", "Barfly", "Slip and Roll") - again, not a bad thing, but after seeing glimpses of grander music making, it's a little disappointing

It is nice to really enjoy an album - and that's hard to say since people don't listen to albums per se anymore. In the world of digital downloads, it's good to be able to go start to finish.
Posted by Blobby at 5:02 AM

Your musical tastes continue to astound me. And NOT in a good way... Please tell me hubby helps dress you. PLEASE?! :/