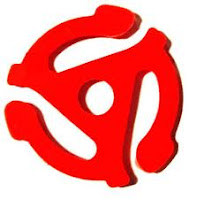 "Talk of the Town" was the pre-release of the Pretenders second album, cleverly titled Pretenders II.

Being it was 1980, import singles were all the rage, at least for 17 year old boy man, and being that the Pretenders (save Chrissie Hynde) hailed from the UK, they were considered British and therefore, an import.

I put a crowbar in my wallet and shelled out for the single, never knowing if that song would make it stateside.

The follow-up single, "Message of Love" was better and harder sounding, but the video has the music so incredibly distorted, so I went with "Talk of the Town", which has a bit more of a softer pop sound.

"Talk" is still a great song. And as much as I loved the Pretenders debut disk, in some ways, II had some better music. The band was more seasoned and comfortable in their own skin.

I had a slight boyhood crush on Martin Chambers, the drummer. Hands down, he is one of the, if not the best, live drummer I have ever seen (and saw him twice). You might not get that from this video, but he's a pretty amazing musician.

James Honeyman-Scott is not quite a looker, but was an excellent guitarist.  Both he and bassist Pete Farndon would be dead within two years of this video from drug related deaths. It was a shame.

The Pretenders continued on with some degree of success (Learning to Crawl is still a great album!) but I can only imagine what they could have accomplished in their original line-up.

I was wowed by Chrissie Hynde's vocals the frist time I heard "Brass In Pocket". I had forgotten this song however. Thanks for the reminder.