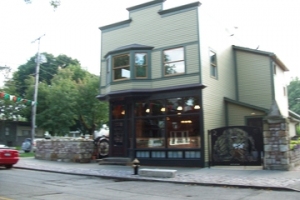 Another difference would be that each night I kept it to two drinks. In my 20s or 30s, I wouldn't have double that, before I even left for a bar!  Last night was beer night.

I still like beer. And it was in the mid-90s, and my friend Jeremy and I opted to eat outside. But unlike the other two nights, the air was heavy, the heat oppressive. And I want to like Stone Mad more than I think I do.

But I love being out with him, as he is one of the few people who can be nastier and snarkier than I am. It turns out, nothing is off limits and very little of it printable here. To be fair, he's an equal opportunity offender.

Of course, he accused me of taking him somewhere no one would recognize me. It's really not true, but I can see where he might think that.

I wrote about Jeremy a few months back. He has opted to stay in Cleveland.....for now. That makes me happy, as I enjoy having friends around.

Even at two drinks a night - two of them school nights - take a toll on this old body. Now I have an early yoga class (I'm skipping Spin for it).  ....and we have a fourth night out in a row.

Perhaps Sunday will be my day of rest......after yoga. 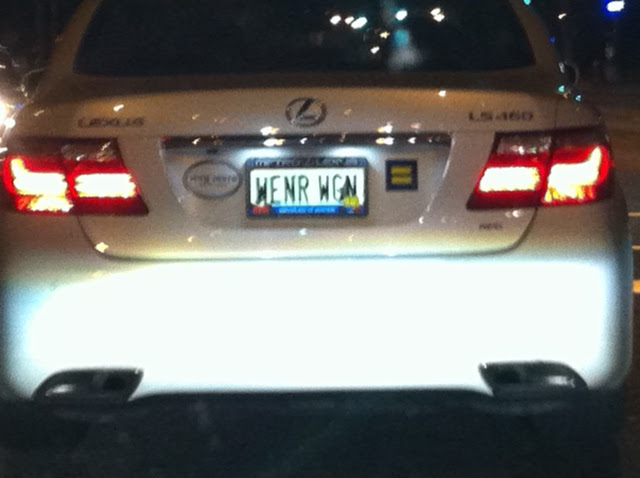 It doesn't matter they have an HRC sticker. They ended up pulling beside me and instead of being a gay man flaunting his peen, it was a male-female couple in their sixties.

...and the Lexus wasn't even a wagon.

I bet they have dachshunds.
.
Posted by Blobby at 6:14 AM

my hyundai elantra has 2 HRC stickers, spouse and I are in our 50s, the car is not a wagon, and we have 2 cats not weiner dogs.

this household supports equality for everyone!