How Does that Grab You, Darlin'? 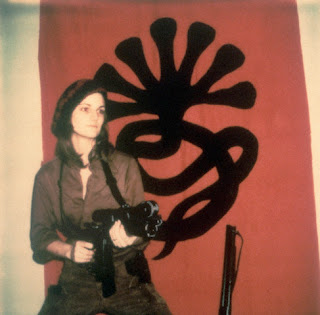 I think you all know that I'm a big old freak, right?

When it comes to my OCD, you've all read how when I hook onto a subject, I will go read whatever I can lay my hands on.

I've done this for Charles Manson, Mt. Everest, JFK's assassination and yes, Patty Hearst - who was kidnapped 38 years ago today (and no, I didn't have to look that date up - - - - scary).

When the movie based on her book, Every Secret Thing, came out (but as Patty Hearst), starring Sonny Bono  Michael Kennedy  Natasha Richardson ("mom.....dad...."), and I dragged Jon to go see it with me.

Even as an 11 year old, I remember being riveted to the evening news as they discussed her kidnapping and the subsequent months and then years of her.....well, capture or Stockholm Syndrome....whatever side you come down on.

I always sympathized with the Patty. I don't know why, I just did.

I liked the peripherals that came out of it all too. Laurie Anderson did a small performance piece called "Steven Weed" on United States Live I-IV.  For those too young, or old enough and don't care, Weed was Hearst's boyfriend who was beat-up when she was kidnapped.

And then the head of the SLA, after he was gunned down, was buried in the same cemetery as my grandmother and uncle.

Of course, Ms. Hearst also starred in a few of John Waters' movies, so that was fun to see. Completely out of character.

But as with all of my one-time obsessions, I don't really pay much attention after a while. I know Patty married her parole officer or something like that. Her parents are both dead, so I'm sure she inherited her grandfather's kerjillions.

As to what happened to Steven Weed, I have no idea. Now and then one of the former SLA members will turn up in the papers when they are up for parole, or found living in Wisconsin 30 years later under an alias.

Honestly, I could say I don't know what prompted me to write this post - as no one really cares about my one time obsession with Patty Hearst, but I do. 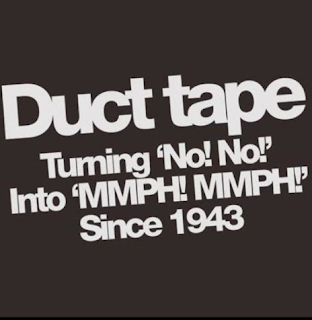 Song by: Nancy Sinatra
Posted by Blobby at 6:42 AM

I still would love to get a copy of the that "mom dad.." song!