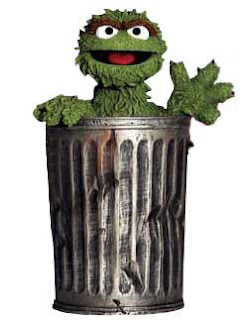 I have to do this earlier than planned, only because Mike is going to be visiting Mordor next week. I don't know if there is wi-fi at Helm's Deep.

What he doesn't know is that one does not simply walk into Mordor! psssssst..... don't tell him.

A week or two ago, Mr. SAST painted me into a corner, in a certain respect, when he thought he could best me in picking winners for the Academy Awards.

...and I quote:  I will challenge you to a contest -- who can pick the highest number of Oscar winners? Winner gets to gloat, loser must admit failure.

I think you all know me well enough to know that even if I don't win, I will not admit failure. If things don't go my way, I'll just blame the folks at PriceWaterhouseCoopers or Ernst & Young for wrong-doing.

As any good account should ask, "what do you want the number to be?"

That said, I'm game for a contest and am opening it up to beyond just Mike and myself. Clearly, you have to comment with your selections at least 24 hours before the broadcast - I think that's fair.

I don't see any prizes more than the ones Mike has laid out because besides not admitting failure, you all know I'm cheap as hell.

I will post the categories below, which will not be all inclusive for the entire Oscar race. I am not getting into sound editing or best lighting design. C'mon - that's a bigger crap shoot than the rest of the awards.

I have zero idea about most of these, even if I've seen most of these. Mine are educated guesses, at best. I believe Mike might be gloating upon his return from Mt. Doom.

Song by: Michelle Shocked
Posted by Blobby at 5:56 AM

New Zealand is my dream trip. The husband hopes someday to take me there.

I'd jump in your contest, but I've seen only two of the contending movies. Maybe I could fit in some more while I lie around the house. I can't wait to hear your acceptance speech (regardless of the outcome).

Are you going to NZ? Just getting caught up now that I've returned from vacation. If so,have a wonderful time and take lots of photos.

According to Fodor's, Mordor has no 3 star restaurants, and the speed traps are killers; no fun to visit.

Instead of walking, it's faster to fly an Eagle INTO Mordor. That would have saved me like 8 hours of my life instead of watching all those damn movies.


As for the contest, I'll pick:

Best Picture: "Extremely Loud & Incredibly Close" (Because the title reminds me of a night with the Husbear after eating Mexican...)
Best Director: "The Artist" (Because we all know how hard it can be to direct artists...)
Best Actor: George Clooney in "The Descendants" (Because he's freakin' George Clooney! Duh!)
Best Actress: Rooney Mara in "The Girl with the Dragon Tattoo" (Just because it has "tattoo" in the title.)
Best Supporting Actor: Kenneth Branagh in "My Week with Marilyn" (Because he's kinda cute when he has facial hair.)
Best Supporting Actress: Melissa McCarthy in "Bridesmaids" (Who doesn't like wedding poop in the street humor?)
Best Visual Effects: "Transformers: Dark of the Moon" (Duh! Freakin' Giant Fighting Robots!)
Best Adapted Screenplay: "The Ides of March" (I got nothing for this pick, other than a flashback to high school and reading something that had that reference in it.)
Best Original Screenplay: "Bridesmaids" (Again, because poop humor should win an Oscar!)

Of course, the only one of these I have seen was Transformers....

Well, well, well, Blobby -- without even seeing your post first, I went ahead and selected my guesses for Oscar winners on my blog tonight. But -- ahem -- i went all out - and DID select for all of the categories. But that's OK - we all do what we can do...

I'm not saying I'm gonna win, cuz as you point out, it's a crap shoot. But i WAS winner of the Oscar pool at the office a few year's running. Just sayin'