A Year in Pictures

Random pictures I have taken of me or my surroundings in 2011.  Some you have seen, some you have not. It's about half and half, I think. I will attempt to give some background as we go along.  Since we did have our theft in September, I am missing quite a few photos from the first part of the year - so you'll see mid to end of year images mostly.  Bummer. 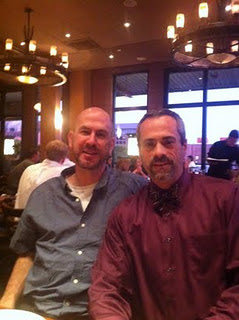 Blogger Meet Up #1.  Dr. Spo from Spo-Reflections. This was in Mesa, AZ. Someone took the picture. (April). 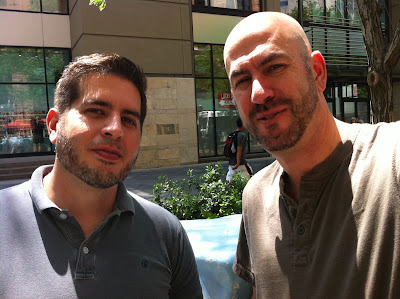 Blogger Meet Up #2 - in Denver. Tim Tebow Stevie B, from Nice to See Stevie B. (June) 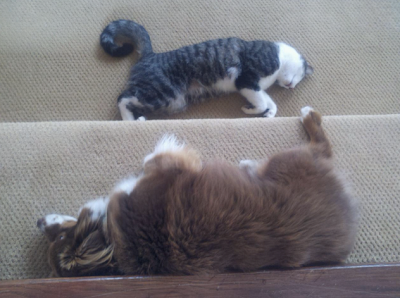 Not even my shot. My sister sent it to me and I loved it.  Boomer on a step going into the family room.  He's not supposed to be even that far into the room.  Wally on the step / floor below him.  I'm not sure if it is the different species I like, the different directions they are headed or the curl of Wally's tail.  Or all of the above.  (July) 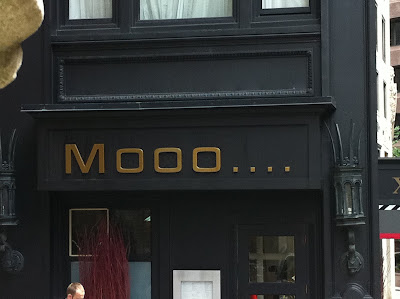 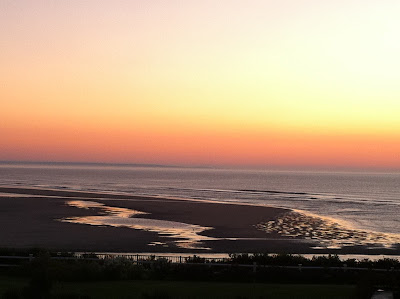 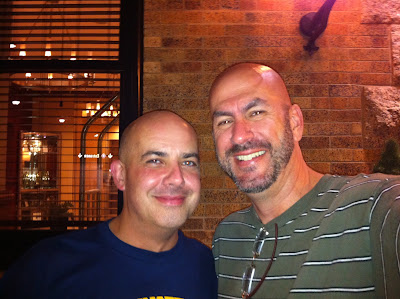 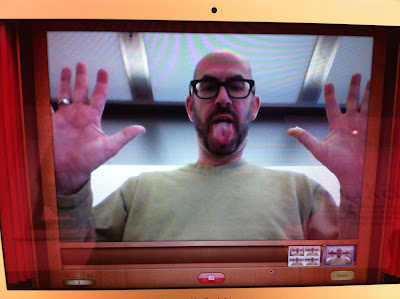 Apple store. Playing with iPad while awaiting replacement Mac after our break-in/theft.  (September) 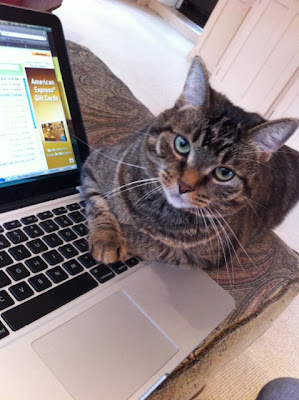 Sophie claiming ownership of the new MacAir. To be fair, she claims ownership of everything in the house.  (September) 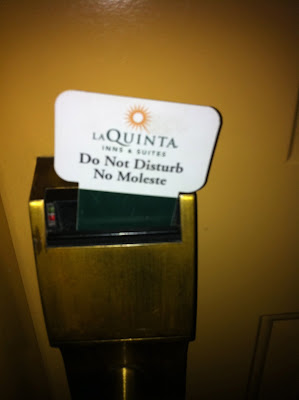 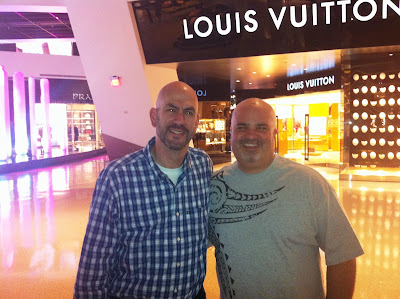 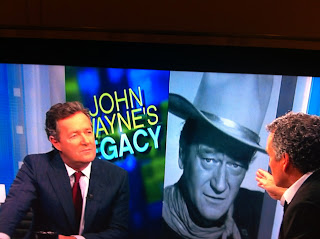 Oh, thank g-d for DVRs. I made Denton rewind and pause while I got my iPhone.  Total CNN fail! (November). 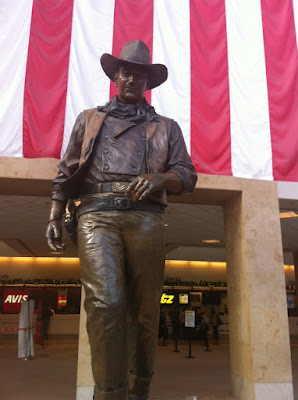 The man himself. Or the statue of the man - in the airport that bears his name. (November) 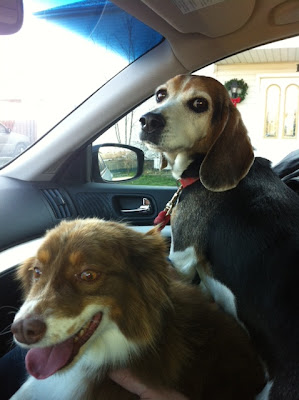 Freedom!!!  Another trip to the kennel to rescue my two would-be boys - Boomer and Petey.  My sister rewarded me with a book of coupons to have my car cleaned, since I do this a few times a year for her. Getting them in my car is the reward.  (December) 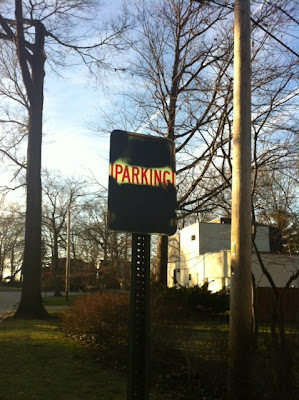 My possible submission to my last Site of the Month:  Passive Aggressive Notes.


That is it folks, that's all I have in ways of images for 2011.  Not a great recap, just the one that I have still in my photo liberry.
Posted by Blobby at 7:19 AM

A lovely sequence, Blobby, even though it's not as extensive as you'd wished. Especially love all the ones featuring warm-blooded beings. (And Sophie looks as though she'll absolutely NOT tolerate any 'funny business' - so watch out!)

You are actually smiling in two photos, and don't look Asian in any of them.

It is indeed the season of miracles!

I love your photo spreads AND the fact that you got to meet three bloggers this year!

As much as I love pictures and carry a camera with me wherever I go, it simply doesn't occur to me to get the thing out and use it. I use my phone cam more than the Sony. Go figure.

Oh, I don't even carry my digital camera anymore. It took four months after we were broken into to figure out if they even took it (they didn't). I put it away and only use the iphone.