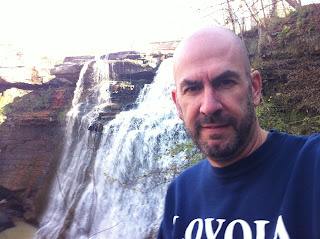 It was such a gorgeous day yesterday, any winterizing we planned to do on and to the house went kaput.

First off, I was engrossed in my OCD with finally getting some pictures and music straightened out with the "new" laptop.  As it turns out, that was a much bigger project, so I was grateful when my sister and brother-in-law called and wanted to go to lunch.   They were bored.  I'm not sure I should have been grateful about the call, now that I think about it.

Our plan anyway was to go take a hike.  Literally.

After lunch we headed down to Brandywine Falls.  It was not too far from where we hiked a few months ago.

The falls were nice and it would be better to see it after a big rainfall.  I'm not advocating more rain, as I am tired of it, but the falls would have been more impressive, no doubt.

There weren't a ton of people there, considering the beauty of the day.  And the ones that were there did not venture back past the falls - and into the woods.  Yeah, there were some, but they were all there to seemingly view the cascading water.  Their loss.  Our gain.

710 and I had a nice hike and just talked.  I know, it sounds boring, but after work - when I am home - we sometimes don't talk like we normally would or should.  We had good discussions so it was a fine few hours.   ...and it was pretty.


A very short moving picture of the falls. 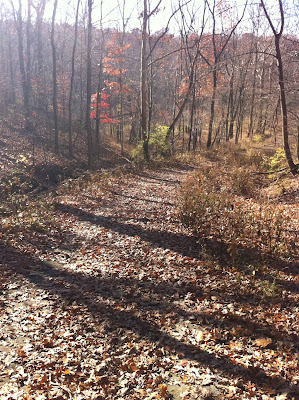 The path downward.   Oh, how I've been on that road for a long long time. 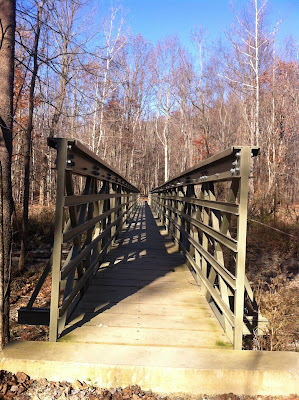 A bridge over the river. 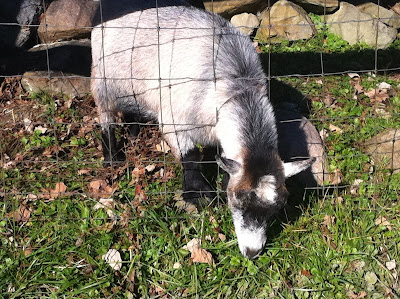 On the other side of the river was a house that had a goat, one rooster (that we could see) and about eight chickens.  Free range, at that.


So, we'll pay for not getting our last two storm windows in, but it was totally worth it.  Or so it seemed.

I like all of your pics, especially the lonely path.

The falls are very pretty-- glad you got out in nature before the snow sets in!

Never realised you were such a Ramblers fan.